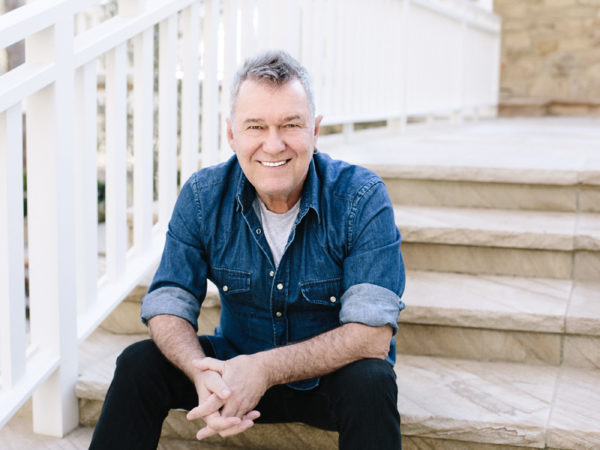 Jimmy Barnes has nearly finished his follow-up book to his confronting childhood memoir, Working Class Boy, which will chart some of his bad behaviour as a young adult.

Due out in November, he says the book picks up as a 17-year-old Barnes leaves Adelaide with Cold Chisel.

“In a lot of ways it’s a lot harder book to write because I don’t just want to write a load of rock’n roll stories, I’ve got a million of them. I want to write a book about the impact that that poverty and that violence, and that upbringing, had on me as an adult,” Barnes told AAP.

“A lot of that was bad and some of my behaviour as a young adult was questionable.”

Working Class Boy was heralded for Barnes’s honest account of his tough childhood, including incidents of domestic violence and extreme poverty.

“A lot of the stuff in the first book is the stuff that I nearly killed myself over many a time, drinking myself to death, so it’s a dark, dark book,” he said.

However, in the next book Barnes said he was being forced to face up to a lot of truths about his own actions as a young adult.

“In the first book, a lot of that stuff I was a child and I was just riding through it. I wasn’t responsible for it. But when you start making decisions for yourself, it doesn’t matter what’s happened in the past, you’re responsible for your own actions so I’ve got to be strong enough to face up to those and write them down,” he said.

Writing has given Barnes a chance to look inwards, a change for the man who has spent 40 years projecting himself out into an audience. It’s his new therapy and he can’t seem to stop, with more and more writing projects on the go.

“I’ve also got a couple of fiction books that I’m trying to get together. One’s a horror story and the other one is like a murder mystery,” he said.

On the lighter side of things, and because he clearly doesn’t take any time off, he’s also just finished children’s book series, Och Aye The G’Nu, with an accompanying album written with The Wiggles.

The story centres on a wildebeest called Och Aye who is three-quarters Scottish and lives in the fictional Glasgow Zoo.

“One of my grandchildren, Dylan, his dad is Scottish and I’m Scottish and he looks like a little Scots kid, he has red hair and blue eyes and really white skin. At night I’d go to bed and tell him stories about the little G-Nu, that’s him living in the zoo in Glasgow and these stories at home came from that so it’s a labour of love,” Barnes said.