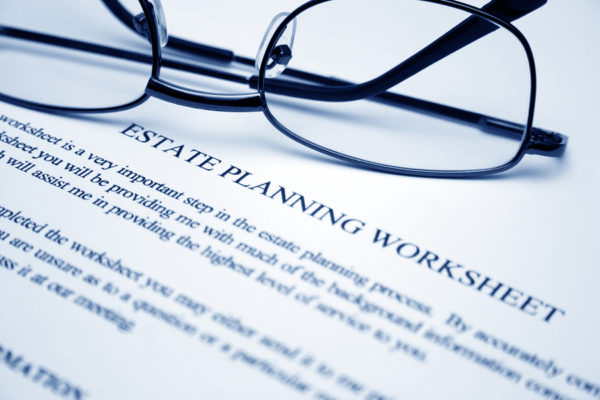 That is a drawn out way of saying that historically there was no ability to stop a death benefit pension payable to a spouse and roll the money back to an accumulation interest, albeit that the industry has been doing it since….well pretty much forever.

This has all come to light due to the significant changes, again brought about by the introduction of the Transfer Balance Cap, that will allow for death benefit pensions to be rolled over and retained as death benefit pensions and by stipulating that a death benefit interest will always be a death benefit interest and can only ever be paid as a pension, subject to the recipients transfer balance cap, and at the moment that it stops being paid as a pension i.e. because the recipient has a transfer balance cap issue, it must be taken out of the superannuation system.

It makes absolute sense and there is no question that it is fair, it’s just that it (saying there was no ability to roll-back to accumulation) would have been information that was useful 20 years ago. It also highlights the ongoing saga that the SIS Act and the Tax Act historically just didn’t get along well with each other and no-one sat them down and got them to put aside their differences. In the document highlighted below, the ATO identify 2013 as the time that the Industry adopted a specific view but there is no doubt that it goes back far further than this and could have been quashed as far back as 2001 or 2002 when the concept of “Internal Rollovers” were discussed for Reasonable Benefits Limit purposes.

So now we are in the position where the ATO are informing us via Practical Compliance Guideline PCG 2017/6 Superannuation reform: commutation of a death benefit income stream before 1 July 2017, that if we commuted a death benefit pension prior to 1 July 2017 and rolled the money back to accumulation that no compliance resources will be allocated to review these cases. Of course to have done this would have meant that the pension had been paid for at least six (6) months after the date of death as to do so inside that period would still have resulted in a death benefit and hence a requirement to pay a lump sum.

This is of course a good result for everyone who thought they were doing the right thing or perhaps more appropriately didn’t think they were doing the wrong thing and for those in anticipation of the introduction of the Transfer Balance Cap, took action to commute their pensions, further it’s a good result for every Administrator who felt that it may have been insensitive to retain pensions in the name of a deceased member rather than the name of the reversionary recipient, again no-one ever said this was wrong and I think practical conventions still suggest that a superannuation interest should be in the name of the current recipient, but that’s not really the issue. The reason I highlight this is that it is conceivable that in some instances there are not adequate records identifying which interests are or were a death benefit income stream, so by drawing the line in the sand the ATO are saying that they recognise this and as such what is done is done!

The main take away from all of this is that if a member is in receipt of a death benefit income stream and has their own pension then something will have to give and it is probably in their best interest to seek appropriate advice.

About the Author:
Miller Super Solutions is the SMSF education & training creation of Tim Miller, assisting SMSF professionals and trustees with the practices associated with establishing, running and ultimately closing down SMSF’s. www.millersupersolutions.com.au

General Advice Warning:
The information provided is general in nature and represents the opinion of the author. It does not take into account the objectives, financial situation or needs of any particular person. It is not intended to be and does not constitute financial advice or any other advice.You need to consider your financial situation and needs and should seek professional advice before making any decisions based on this information.