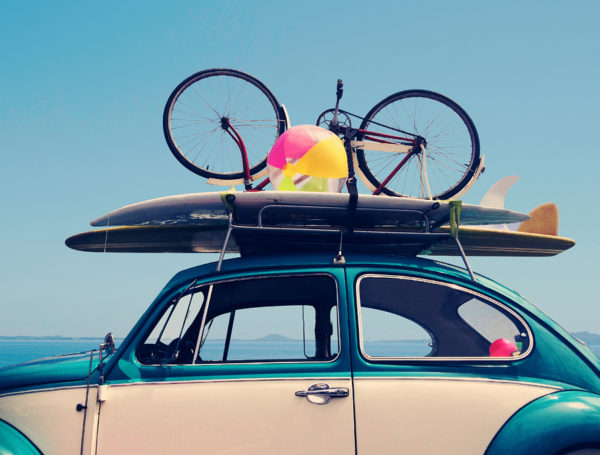 Australian holiday-makers are becoming increasingly fond of staycations, with the amount of spending on domestic travel soaring to record highs.

Aussies splashed out just under $60 billion on domestic overnight travel in the year to the end of September, up five per cent on the previous 12 months, a Tourism Research Australia report says.

An eight per cent rise in holiday-related travel was behind the surge as more Australians opted to spend their vacations on home shores rather than overseas.

Caravan parks and camping grounds were popular, particularly among families and adult couples.

The number of nights spent in caravan parks jumped by a fifth, with a near-50 per cent increase reported for those who went off the beaten track for a spot of free camping.

Interstate holiday spots were hot locations for those on staycations, with a record 11.1 million trips made and spending up 14 per cent to $16 billion.

NSW attracted the most visitors, followed by Victoria.

Beachside holidays remain popular, with visits up 10 per cent, while there was also significant growth in indigenous-related activities.

The survey found the number of holiday-makers visiting indigenous art or craft and cultural displays rose by more than 50 per cent, with visits to indigenous sites and communities rising by more than a quarter.

The growing popularity of staycations comes amid a slowdown in the growth of Aussies holidaying overseas.

The number of Australians holidaying overseas rose seven per cent to 5.9 million in the year, a slowdown on the doubling in numbers between 2006 and 2013.

– Spending on domestic overnight trips up 5pct to $59.8 billion