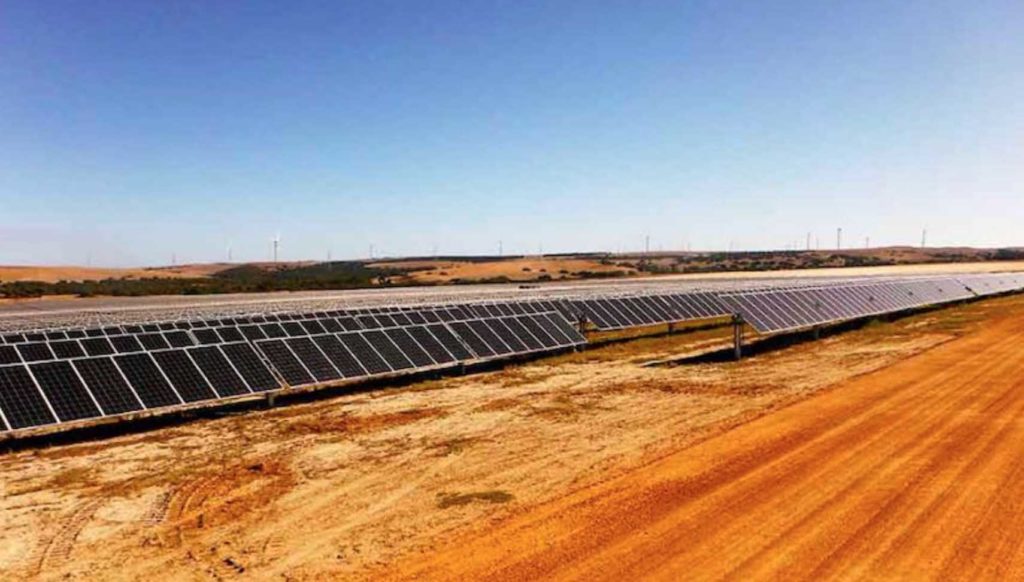 Oil and gas giant BP is looking to  build 1.5 gigawatts of new wind and solar capacity in Western Australia if it goes ahead with a full commercial project to build a renewable hydrogen production facility in that state, with an eye to the export market.

BP is turning to its 50-50 joint venture Lightsource BP to canvass the large scale wind and solar options in the area around Geraldton, north of Perth, which would represent something like a three fold increase in the amount of renewable energy capacity already in the state.

The scale of the project underlines the massive opportunities that could be presented by the renewable hydrogen industry, which will look to draw on Australia’s magnificent wind and solar resources and use them to create zero emissions export fuels, such as hydrogen or ammonia, or for use to support a revitalised domestic manufacturing industry.

The Australian Renewable Energy Agency, which is putting $1.7 million towards a $4.4 million feasibility study, says the potential market of renewable fuels – both for export and domestic use – is so big it is thinking in terms of Australia moving beyond “100 per cent renewables” to 700 per cent renewables.

Many states are now looking at the possibility of tapping into their own wind and solar resources to develop an industry that would match, if not replace the LNG sector over time, these include Queensland, South Australia and W.A., where another two projects have also been identified in the Pilbara and the same region targeted by BP.

The biggest of these, the Asia Renewable Energy Hub backed by global wind turbine manufacturer Vestas, CWP and Macquarie Group – is looking to add 15GW of wind and solar in the Pilbara area, and has provisional environmental approval for 9GW of that capacity. It is also looking at this to provide power to south east Asia through a physical link – a sub-sea cable – and to underpin manufacturing in the region.

Another project of 5GW of wind and solar has also been canvassed by a consortium led by Siemens to supply the production of low-cost hydrogen at the Murchison House Station near Kalbarri.

And, of course, there is the Sun Cable project, a proposal initially backed by billionaires Michael Cannon-Brookes and Andrew Forrest to build a 10GW solar farm in the Northern Territory, and possibly export much of that capacity to Singapore via an under-sea cable.

The significance of the BP interest is the focus of one of the Big Oil majors on renewables. The economics of renewable hydrogen over fossil fuel alternatives will likely be driven by the price trajectory of electrolysers, but also the potential to supply manufacturing and industries like steel making at scale.

Another oil giant Shell has teamed up with Enerco to make a bid in a Dutch offshore wind tender. Like a competing bid from Denmark’s Orsted, the tenders are focus specifically on creating a record-breaking hydrogen cluster in the Netherlands.

And in Germany, five states and their different transmission system operators have increased their offshore wind energy target to 20GW, from 15GW, again with the focus on renewable hydrogen.

A recent report from BloombergNEF said renewable power stored in hydrogen electrolysers would likely beat gas peaking plant in the electricity grid. One of the issues for hydrogen fuels as an export is the transport cost, hence the focus of domestic use in manufacturing and also as a potential substitute in steel making.

The BP project in W.A. will focus on the production of ammonia, which is cheaper to store than hydrogen, and has a large supply chain in place because of its widespread use in fertilisers.

“We believe that green hydrogen will play an increasingly important role, not only as a new, clean energy vector but also in enabling the further growth of renewable power,” Dev Sanyal, executive VP of BP’s gas and low-carbon energy business, said in a statement.

The feasibility study will look at issues such as the export potential, grid connections and the need, if any, of new transmission links, the siting of wind and solar, and the technology costs. Combining wind and solar is likely to deliver a “capacity factor” of around 70 per cent, according to studies, although any hydrogen and ammonia production can be timed for when the sun shines and the wind blows.

W.A. is home to a growing number of “hybrid” wind and solar projects that take advantage of the excellent solar resources doing the the day, and the strong wind resource, which is usually present at night.

“Western Australia is the study location due, in part, to its vast solar and wind resources, existing port infrastructure and proximity to large, long-term markets for green hydrogen,” said Frédéric Baudry, chief operating officer for BP in the Asia Pacific. He said the project would support’s BP’s ambition to become a net zero company by 2050 or sooner.

RenewEconomy and its sister sites One Step Off The Grid and The Driven will continue to publish throughout the Covid-19 crisis, posting good news about technology and project development, and holding government, regulators and business to account. But as the conference market evaporates, and some advertisers pull in their budgets, readers can help by making a voluntary donation here to help ensure we can continue to offer the service free of charge and to as wide an audience as possible. Thank you for your support.