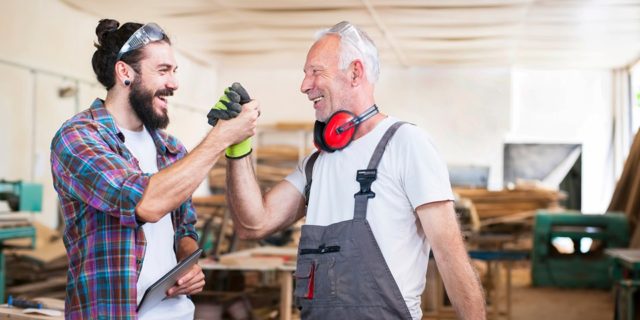 Businesses have started the year in a more optimistic mood, while confidence among Australians more generally is running close to the long-run average as the nation tries to put aside the devastation of the 2020 recession.

But much will depend on the success of the COVID-19 vaccine rollout to where sentiment goes from here.

The National Australia Bank released its monthly business survey on Tuesday, with its leading indicators continuing to point to an ongoing economic recovery.

NAB’s Andrew Irvine said the latest survey adds further strength to the optimism he is seeing across Australian business.

“We’ve always said our recovery from COVID-19 will be business-led, and we’re seeing that play out with retail leading the way,” he told AAP.

“It’s clear communities are out there supporting their local businesses. Our data also shows us that transactions at retailers over the past month are up 20 per cent and spend at restaurants is up nine per cent nationally.”

Business confidence rose to well above its long-run average in the latest NAB survey, recovering from a fall late last year, but conditions pulled back from their multi-year highs seen in December.

Confidence rose five index points in January, to an above average 10 points, but business conditions fell to seven index points from 16.

However, conditions among retailers continued to trend higher.

Business investment also finally emerged into positive territory after a steady climb from a slump last April when the COVID-19 pandemic set in.

“But we’re still a while away from very strong employment and capex activity needed to offset the contraction last year,” he said.

A separate survey showed consumer confidence consolidating just below its long-run average, but further gains will depend on the success of the vaccine rollout that is due to start later this month.

The ANZ-Roy Morgan consumer confidence index – a pointer to future household spending – eased 0.6 per cent in the past week after a 0.8 per cent rise previously.

“The vaccine rollout in Australia could be the next big trigger, with a successful program possibly propelling sentiment much higher,” ANZ head of Australian economics David Plank said.

“Of course, difficulties in providing vaccine coverage could have the opposite effect.”