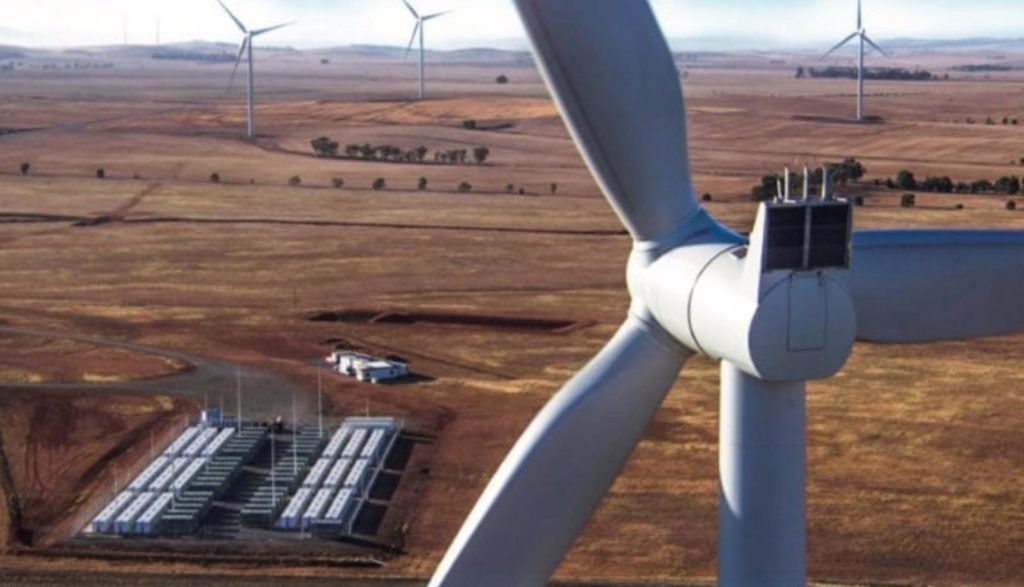 Last week, the three business lobby groups that did more than most to undermine the Labor-Greens carbon price, and who hoorayed loudly when Tony Abbott put it the sword in 2013, joined up with unions and super funds and research groups to urge the same Coalition government to aim for a zero emissions target by 2050.

It begs the question: What has prompted the Business Council of Australia, the Australian Industry Group and the Australian Energy Council to perform such a majestic backflip, and seemingly turn their backs on the fossil fuel industry and the carbon pollution they once claimed was an honourable by-product of their members‚Äô money making endeavours.

The answer is quite simple: It is no longer tenable to dispute ‚Äì unless of course you are a member of the governing Coalition and the conservative commentariat ‚Äì that wind and solar are clearly the cheapest and cleanest option, and with the backing of smart systems and storage, the most reliable too.

The experts have made this abundantly clear.

The fact that wind and solar offer the cheapest source of bulk generation has been known for some time. Solar prices have plunged ¬Ýmore than 90 per cent over the past decade, and wind by around 60 per cent.

The two leading expert bodies in Australia ‚Äì the CSIRO and the Australian Energy Market Operator ‚Äì have made this abundantly clear: Even with storage, wind and solar offer the cheapest option for dispatchable power, and battery storage costs continue to fall and the technology continues to amaze with its versatility.

All major bodies have recognised that the introduction of wind and solar has been a key factor is bringing down wholesale electricity prices over the last year ‚Äì with some help from increased efficiency and lower gas prices.

And last week, AEMO made a point in its annual Electricity Statement of Opportunities that it was the addition of more than 4,200 megawatts of new wind and solar capacity over the past year that had improved grid reliability, so much so that it saw no shortfall of the country‚Äô strict reliability standards for the next 10 years.

Its chief concern was the increasing frailty of the ageing coal fleet, and the threat of sudden losses of large units as the machinery struggled to cope with intense heatwaves and other extreme conditions.

This week, The Australia Institute has reminded us how dramatically the grid has and is changing, and perhaps the most astounding figures have been the growing share of renewables which has matched a parallel fall in electricity emissions. According to analyst Hugh Saddler, emissions from sent out generation in Australia‚Äôs main grid reached a peak on late 2008, but by 2019/20 had fallen by more than 25 per cent. This graph above shows the fall in emissions (blue line), along with the rise in wind and solar, the fall in black and brown coal, and virtually unchanged amount of gas generation. This next graph shows the growth in renewables in more detail, with grid solar and rooftop solar starting to catch up to the growing share of wind energy, amid variable contributions from hydro. Grid-based renewables contribute 20 per cent in the year to June 20, up from just over 5 per cent, while renewables including rooftop solar jump to just over 25 per cent. And here is another interesting take, showing the major contribution of rooftop solar (yellow) and other demand reduction (red) in reducing emissions over the last decade.

Grid scale renewables are represented in the reduction of sent out emissions intensity, while the cut in auxiliary loads represents the large amount of power used by coal and gas generators for equipment as pumps, fans, compressors and fuel conveyors. That can account for up to 10 per cent of generation at some coal plants, and the fall represents the added benefit of fossil fuel closures. This last graph shows the changes in state-based renewable energy shares. South Australia is more than 55 per cent share of renewables ‚Äì all the more remarkable because it represents all wind and solar and no hydro ‚Äì and on its way to the state Liberal government‚Äôs target of ‚Äúnet 100 per cent by 2030 ‚Äì while Victoria is approaching its target of 25 per cent, on its way to a 40 per cent goal by 2025 and 50 per cent by 2050.

Queensland and NSW have some work to do, the former to reach its target of 50 per cent renewables by 2030, and NSW to ensure it has enough capacity to deal with the closure of its ageing coal units.

Liddell is expected to close by 2023, but the question remains over the future of Vales Point and Eraring, both due in 10 or 12 years. Saddler notes that black coal generators in NSW are now running at an average ‚Äúcapacity factor‚Äù of just over 50 per cent, making the economics hard and an earlier closure more likely.

Of course, as more coal and gas generators retire, they will need to be replaced by other dispatchable generation in the form of battery and pumped hydro storage, and demand management.

AEMO has a plan for that, and says it is comfortable with the scenarios outlined in its 20-year blueprint, the Integrated System Plan, which envisages a 70 per cent share of renewables by 2040 in the central scenario and¬Ýup to 94 per cent in the ‚Äústep change‚Äù scenario consistent with a 1.5¬∞C climate plan.

And that will deliver a cheaper, cleaner and smarter grid, and complete what AEMO describes as the¬Ý‚Äúworld‚Äôs fastest energy transition.‚Äù¬ÝIf only the federal Coalition government could endorse it ‚Äì just as all state governments, both Liberal and Labor, have done.