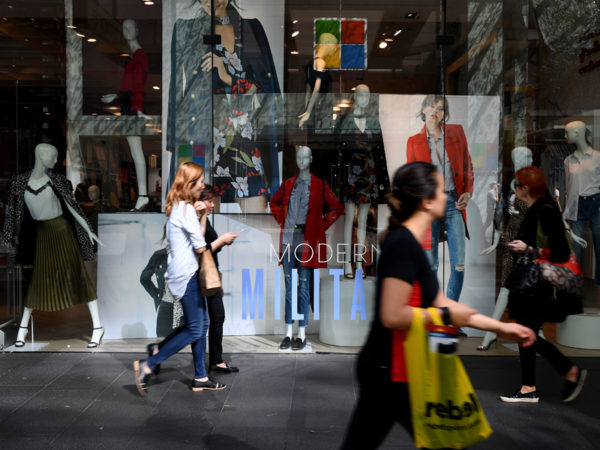 An unexpected jump in the jobless rate has contributed to consumer confidence falling to its lowest level in almost a year.

The ANZ-Roy Morgan Australian Consumer Confidence Survey fell for a third consecutive week to hit its lowest level since April 2016.

Confidence was down one per cent in the week ended March 19, though the index remains above the 100-point level separating confidence and pessimism, at 112.

ANZ head of Australian economics David Plank says last week’s news of rise in the unemployment rate to 5.9 per cent would likely have weighed on confidence, as well as low wages growth.

“Continued soft wages growth is likely a factor and last week’s reported rise in the unemployment rate for February may have weakened confidence, not least by further dampening income expectations,” he said.

“Despite decent strength on the activity side of the economy, low wage growth remains a key downside risk to both the inflation and spending outlook over 2017.”

The latest weekly survey also showed a 3.3 per cent fall in the 12 month economic outlook for consumers, which followed a sharp 5.2 per cent downturn in the previous week.

Householders’ attitudes towards their own finances improved one per cent, while their view of future finances was relatively steady.