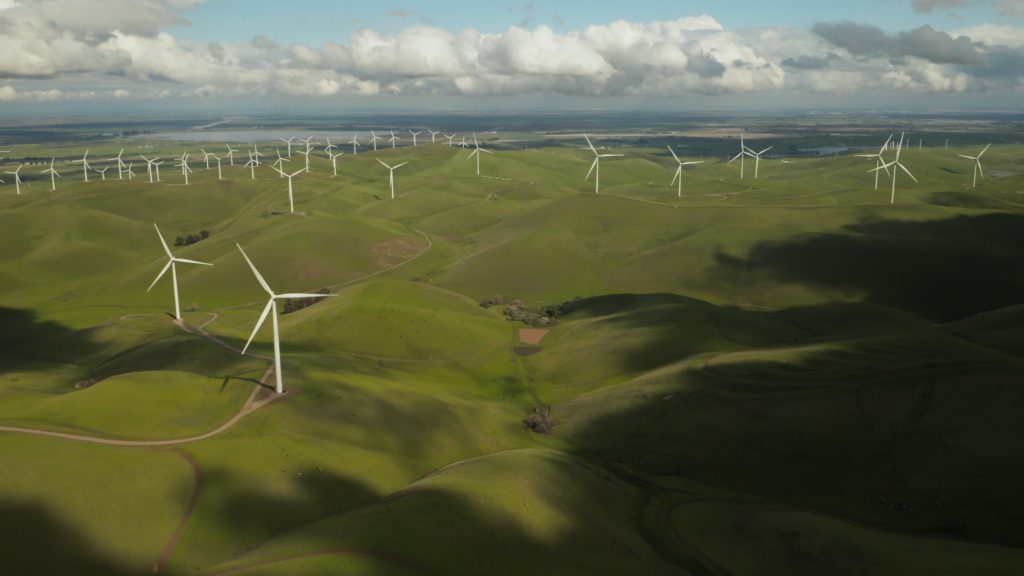 The Deploy report by think tank Beyond Zero Emissions (BZE) relies on a faster rollout of these six key technologies over the next five years.

“We need to install clean technology in our homes, vehicles and industries at a rate of about two units or appliances per household,” according to the report released on Wednesday.

“We cannot afford to wait for new research and inventions, and we don’t need to.”

The five-year plan proposes to create 195,000 jobs that would not be vulnerable to the “boom and bust” of fossil fuels, with local communities at the forefront.

Regions would have renewable energy precincts supporting the manufacture of wind turbines, green hydrogen and ammonia or high purity alumina, for domestic use and export.

A green export industry worth $333 billion by 2050 would produce green steel and aluminium, green hydrogen and chemicals, batteries and critical minerals.

Within five years, Australia could reach 84 per cent renewable energy generation by deploying 64 gigawatts of renewable capacity and 13GW of energy storage capacity.

This equates to about 6000 wind turbines and 66 million solar panels, to make 100 per cent renewables by 2030 feasible, the report said.

“Australia has doubled its rollout of domestic solar generation over the past five years and our plan now requires us to double down on utility solar, wind and energy storage,” BZE chief executive Heidi Lee said.

Although some technologies are well established in Australia, others need to accelerate from a standing start, the industry-backed plan explains.

Four times as many wind turbines, twice as many solar panels – on rooftops and in solar farms, and five times as much energy storage from home and big batteries are required.

Use of heat pumps for water heaters, air conditioning and industrial heat needs to surge by 37 times.

Uptake of electric vehicles needs to increase by 14 times the current rate – and include cars, buses, utes, vans, trucks, farm machinery and mining equipment – and be supported by 1.2 million chargers.

But fleet sales – a third of Australia’s new car market – could do the heavy lifting, and create a future used car market for electric vehicles.

It has been done elsewhere. Sweden increased its new car sales from 10 per cent EVs to 60 per cent in the two years to December 2021.