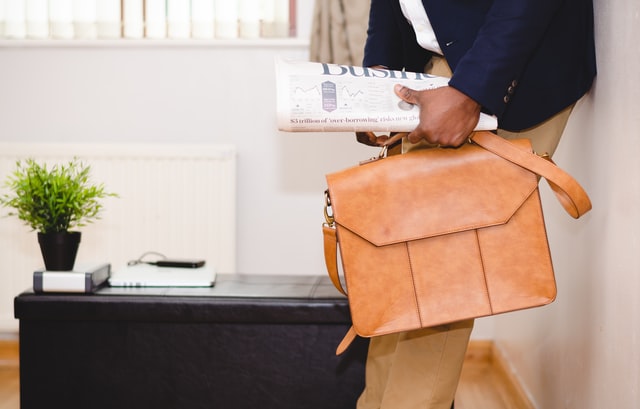 Scott Morrison believes the economy is powering out of the COVID-19 pandemic, as job advertising surged to a 13-year high and demand was particularly brisk for jurisdictions coming out of lockdown.

Touring the NSW Hunter Valley on Monday, the prime minister said Australia’s economic recovery from the pandemic and recession was well under way.

“The Australian economy is powering out of this pandemic in a way that few countries are around the world,” Mr Morrison told reporters.

Preliminary figures from the National Skills Commission show job ads on the internet increased by 7.8 per cent in October. It is the second consecutive month of increased recruitment activity, taking them to a 13-year high.

Job ads growth was strong for areas leaving lockdown, with NSW up 16.9 per cent from a month earlier, Victoria up 15.2 per cent and ACT better by 12.5 per cent.

Treasurer Josh Frydenberg also pointed to figures showing the nation avoided a slew of business failures during the pandemic.

According to new tax office and Treasury data, there were 40 per cent fewer external administrations this year than in the same period in the years before COVID-19.

“(It’s) another proof point that Australia’s economic recovery is on track,” Mr Frydenberg told the Nine Network on Monday.

But shadow treasurer Jim Chalmers said the Australian economy is recovering despite the Morrison government, not because of it.

“We want the Australian economy to recover strongly but it’s not a recovery if ordinary working families miss out,” Dr Chalmers told reporters.

He said the last eight years of this coalition government has seen wage stagnation, insecure work, weak business investment and productivity, and a budget which is riddled with rorts, waste and mismanagement.

Meanwhile, there was relief for some consumers with the national average for petrol prices falling 2.1 cents to 166.7 cents a litre.

“Unleaded pump prices are gradually easing in both Sydney and Melbourne with fuel around 165 cents a litre today, down by up to 14 cents a litre since mid-October,” Mr Felsman said.

But record pump prices were seen in Canberra, Hobart and Perth above 170 cents per litre, while they were at a seven-year high of 169.3 cents in Darwin.

Despite this strain on household budgets, retailers are expected to enjoy a $5 billion-plus shopping frenzy during the so-called Black Friday and Cyber Monday weekend.

The four-day shopping period, from November 26-29, originated in the US to tie in with its Thanksgiving holiday and has becoming increasingly popular in Australia.

Australian Retailers Association CEO Paul Zahra said November was now Australia’s biggest shopping month of the year and could be mostly attributed to the spike in sales over Black Friday and Cyber Monday.

“For the past two years, November has beaten December as the biggest month for Australian retail sales throughout the year,” Mr Zahra said.

“Black Friday and Cyber Monday can be credited with this trend as people snap up some bargains and shop early for Christmas.”

The association, in conjunction with researcher Roy Morgan, estimates $5.4 billion will be spent over the weekend both in-store and online.