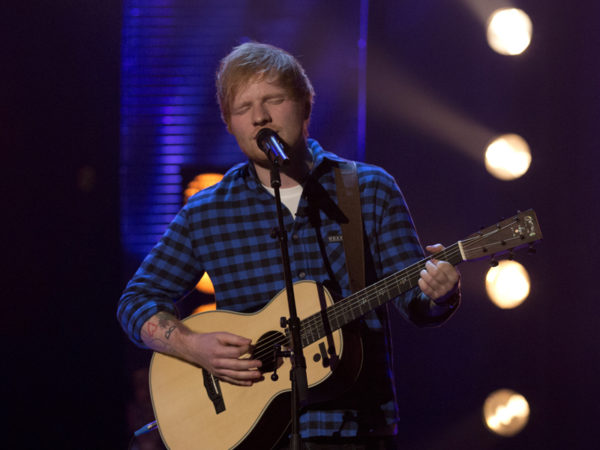 British superstar Ed Sheeran finally returned to a big venue on Tuesday night when he played in the Sydney Opera House, after a year’s hiatus from music.

And while Sheeran had played at another iconic Aussie venue at the weekend, Victoria’s Hanging Rock, he said the Opera House gig was more of a turning point.

“This is my first proper concert in over a year,” Sheeran told the packed out concert hall.

Sheeran famously took a year’s break not just from the music industry, but also from social media, before his recent return.

Like so many other musicians, he said the Sydney venue had been on his radar for a long time but mostly because of one Aussie musician.

“The Sydney Opera House, I’ve had a dream of playing here,” he said.

But that dream started, Sheeran said, after he watched a recording of Missy Higgins playing at the venue.

“I have to say there’s no buzz like being on stage it’s amazing. It’s very nice having time off but I miss this more than anything,” he told the crowd.

In his inimitable style, Sheeran led the concert alone using loops to give the effect of more guitar players, backing singers and the addition of keyboard in his new song Shape of You.

He opened the show with his other new release Castle on the Hill and then spent the gig performing crowd-pleasing hits including Thinking Out Loud, Don’t, Sing and I See Fire.