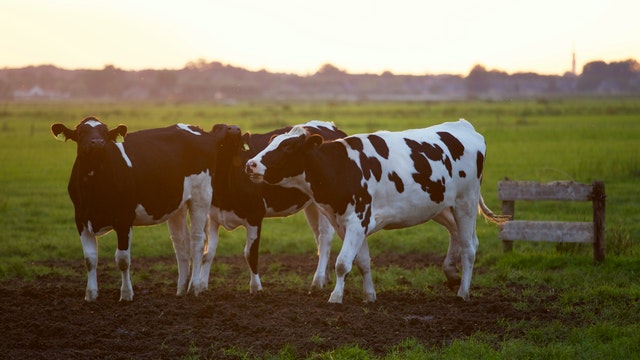 There are mounting fears the highly contagious foot and mouth disease could infiltrate Australia and decimate the cattle industry.

The livestock disease, which affects pigs, cattle, sheep and goats, was detected in Indonesia in May and spread to Bali last week.

Federal Agriculture Minister Murray Watt is visiting Indonesia this week to gather more information about how it’s containing the contagious disease as Australian travellers return from the holiday destination in droves.

“Disinfectant footbaths must be introduced immediately at airports to properly treat potentially exposed passengers,” he said.

Around 1.3 million Australians visited Bali in 2019.

He warned of the dire threat the disease posed to the cattle industry and the livelihoods of thousands of farmers across the state.

“Nobody wants to be the person who brings in a disease that would devastate our livestock industry, cost the economy $80 billion, and shatter regional communities for years to come,” he said on Wednesday.

Mr Toole said he wanted to make sure all returning travellers were screened, even if it took hours longer for passengers to disembark planes.

NSW Agriculture Minister Dugald Saunders said with 103 flights each week from Australia to Bali “foot and mouth disease is the closest it has ever been to our country”.

He said a potential vaccine was being developed using mRNA technology to tackle eight different strains of the disease.

Meanwhile, the government says travellers entering Australia must ensure their clothes and shoes are clean and free from soil and manure.

Australians should also stay away from livestock for a week after their return.

Dairy NSW Regional Officer Alicia Richters warned the repercussions of the disease hitting the industry would be felt by every Australian consumer as the cost of food would spiral.

“You’re not going to buy your morning coffee anywhere,” she said.

“We’ve already been devastated this year with significant flooding, we had our fourth flood only last week.

“It would take a massive toll not only on our producers but the service industry too”.

University of Sydney professor Michael Ward said keeping the disease out was “a new challenge and a national priority”.

“Countries free of foot and mouth disease would not buy Australian meat or milk if we became infected because of the fear of importing the disease,” he said.

NSW Farmers policy head Annabel Johnson stressed the onus was on travellers to do their part in keeping the disease at bay.

“This is a critical risk,” she said.

“Prevention is better than the cure … We must keep this out”.