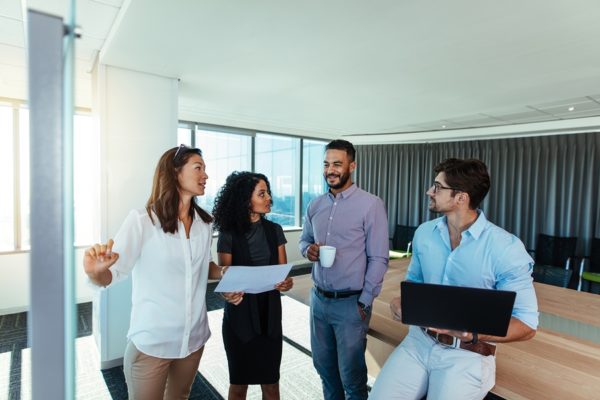 A growing number of young Australians are stashing their cash in the stock market in a bid to build wealth and get a foot on the property ladder.

“As we all know it is becoming more and more difficult to save for a house so part of the reason millennials are turning to the share market is to grow their savings,” CommSec managing director Paul Rayson said.

He added given the low interest rate environment, youngsters are investing their money in blue chip shares (those that are well-known) where they can earn four to five per cent in return.

“With property it is getting harder and harder to think about ownership so that reduces their investment options,” he said.

“The share market can be a way to build savings and wealth over the longer term.”

But there were also risks involved, Mr Rayson warned.

He said while some millennials play it safe, others have a greater appetite for risk, investing in shares that have higher growth potential but are more volatile.

While the banks, big miners and telecom sectors are popular among the average investor, young Aussies have a higher allocation to growth stocks and companies which are in high demand in China including Blackmores and Bellamy’s.

“The reason for that could be that they are more comfortable with stocks that have the potential for higher return but also higher risk,” Mr Rayson said.

“I think part of it is they are interested in technology, growth stories and the new economy and that is why they are prepared to have a higher allocation to some of these growth stocks.”

He added technology has made it easier for the younger generation to proactively invest, with millennials now making up 50 per cent of all mobile trades made through the CommSec mobile app.

“They are every comfortable engaging in mobile technology and just like many other areas of their life they can take control of their finances,” he said.

“It has just made the whole self-directive empowerment greater.”

* Diversify – don’t put all your savings into one share

* Watch the trends of the market before buying.