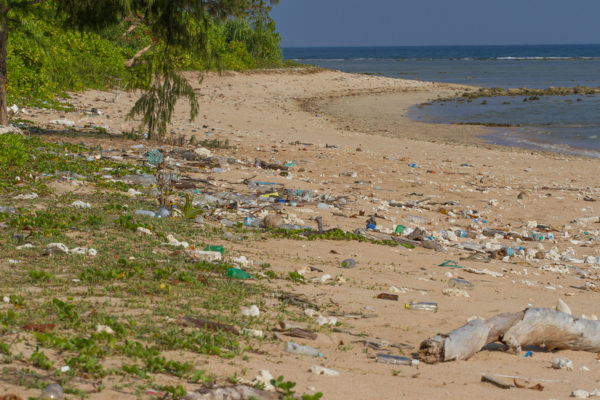 A remote and uninhabited South Pacific island has become a plastic wasteland with one of the world’s highest collection of debris, Australian researchers have found.

Henderson Island, east of Australia, is just 10km long and five kilometres wide but is littered with more than 37 million pieces of plastic.

“Far from being the pristine ‘deserted island’ that people might imagine of such a remote place, Henderson Island is a shocking but typical example of how plastic debris is affecting the environment on a global scale,” Tasmania-based researcher and lead author of a new report, Jennifer Lavers said on Tuesday.

“Based on our sampling at five sites we estimated that more than 17 tonnes of plastic debris has been deposited on the island, with more than 3570 new pieces of litter washing up each day on one beach alone.”

Much of the waste is buried more than 10cm below the surface or tangled in inland growth.

The raised coral atoll is part of the UK’s Pitcairn Islands territory, located more than 5000km away from its nearest population centre, but ocean currents mean its a a natural collection point for items washed off shore from South America or from vessels working at sea.

The buoyant and durable nature of plastic means it has a long-term impact on the environment, said Dr Lavers, who is a researcher with the Institute for Marine and Antarctic Studies.

“Plastic debris is an entanglement and ingestion hazard for many species, creates a physical barrier on beaches to animals such as sea turtles, and lowers the diversity of shoreline invertebrates,” she said, adding that the production of plastic continues to grow.