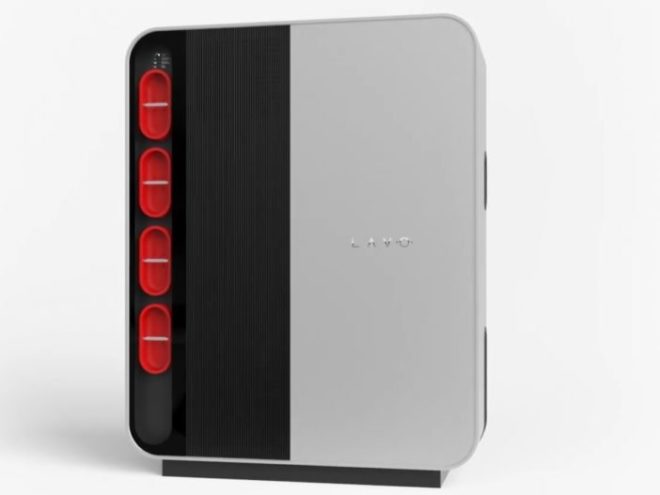 Sophie Vorrath
Sophie is editor of One Step Off The Grid and deputy editor of its sister site,
(Renew Economy)

The Australian start-up behind a hydrogen-based energy storage system targeting homes and businesses has secured a cornerstone investor, alongside a bulk order of its innovative hydrogen batteries that claim to offer three-times the storage capacity of comparable technologies.

Lavo, a University of New South Wales spin-off that launched in Australian in September 2020, said late last week that ASX-listed investment outfit Gowing Bros had taken an equity stake in the company, while also committing to purchase more than 200 of its 40kWh Lavo System units.

As RenewEconomy reported in October of last year, the Lavo technology is a spin-off of the Hydrogen Energy Research Centre, co-founded by the UNSW and investment group Providence Asset Group, which served as a financial backer of Lavo.

The hydrogen batteries have been available for advanced purchase since November of last year, with the first systems expected to be ready for installation in June 2021.

Lavo said the deal with Gowings would see the hydrogen storage systems installed across the investment group’s portfolio of commercial properties, including its shopping centres, many of which had rooftop solar already installed.

“I am thrilled to welcome Gowings as both an investor and a customer and look forward to working closely with them as we capitalise on the unique opportunity ahead of us,” said Lavo CEO and executive director, Alan Yu.

“The Lavo System is the culmination of decades of research and endless hours of hard work by the Lavo team and our fantastic ecosystem of design and manufacturing partners, so having Gowings on board is a huge vote of confidence in the work that we are doing.”

John Gowing, the managing director of Gowing Bros, said the decision become an equity investor in Lavo had followed “thorough due diligence,” and was in line with the company’s commitment to invest in a more secure future for all its stakeholders and make a difference in communities.

“We believe Lavo not only meets but exceeds that objective, especially as we are working to become a carbon neutral business,” Gowing said in a joint statement.

“In addition to providing our retail tenants cost savings on energy across Gowings shopping centres, we see a major opportunity to become our own retailer of power at our residential developments through the use of Lavo technology to underpin an embedded network.”