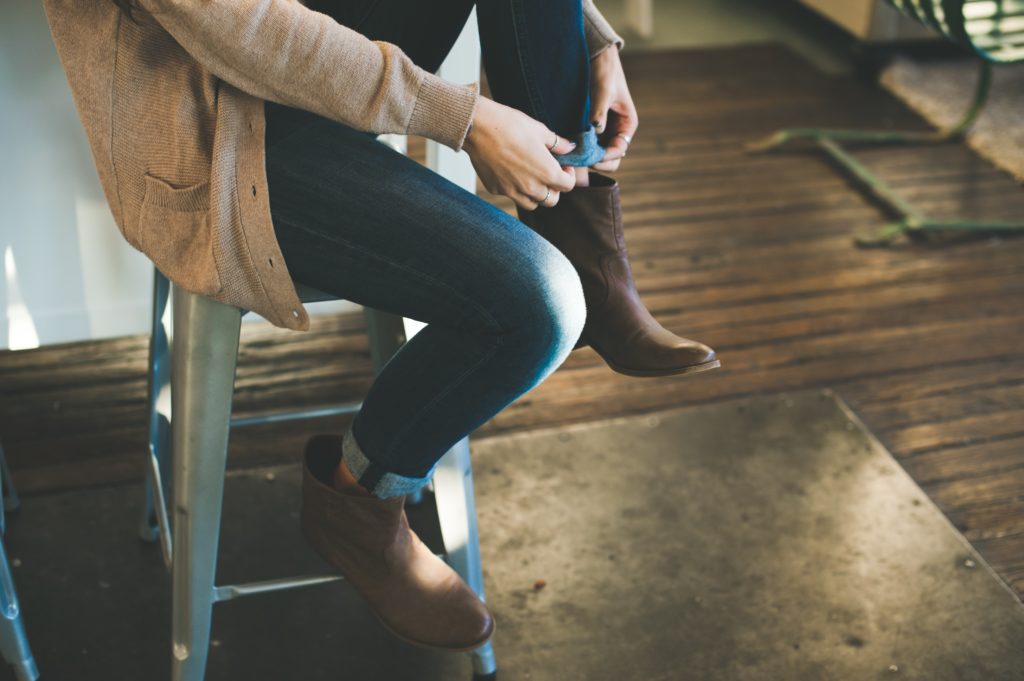 Do you have adult children living with you? Thanks to housing affordability and stagnant wage growth, more kids are relying on Mum and Dad to keep a roof over their head well into their 20s and 30s. Get some advice on how to foster financial independence in your kids, so they‚Äôll be ready to stand on their own two feet when they leave the nest at last.

The stats are in ‚Äì Gens Y and Z are staying home with their parents for longer. Looking at results from both the 2011 and 2016 census from the Australian Bureau of Statistics (ABS) we see a 2% jump in the number of 18-24 year olds living at home, up from 41.4% in 2011 to 43.4% in 2016[1]. The rise in the number of 24-year olds still in the nest is even higher, up 3% during the five-year period[2]. This means nearly a third of 24 year-olds are still not ready to go it alone. The number drops to one in five of all Australian households continuing to have least one adult sharing a home with one or both of their parents[3].

While there could be many reasons for adult children and parents choosing to stay under the same roof, the consensus seems to be that it‚Äôs usually a financial decision. Over in the UK, where the number of young adults living at home is at its highest since 1996,¬Ýthe trend is seen by researchers¬Ýas ‚Äúa family response to high unemployment rates, poor job prospects and financial hardship among young adults[4].‚Äù

Here in Australia, it‚Äôs thought that the¬Ýpersistent economic issues young people are facing, like¬Ýhousing affordability¬Ýand¬Ýsluggish growth in wages¬Ýare more likely to be driving our own wave of ‚Äòfailure to launch‚Äôhouseholds. On the other hand the ABS also points to a more general ‚Äúdelay in a range of life events‚Äù including tying the knot and starting a family[5]. There‚Äôs also been a surge in numbers of both undergraduate and¬Ýpostgraduate university students¬Ýin recent times[6]. With HECS debts looming when they move on to full-time work, many of these students could be expected to live with parents to save on living costs while they can.

A boom in Boomerangs?

With the¬Ýrise in postgraduate enrolments¬Ýbeing particularly steep in the last decade ‚Äì a 123% increase since 2006[7]¬Ý‚Äì it‚Äôs possible that the growing ‚ÄòBoomerang‚Äôkids phenomenon could be down to the need for Generations Y and Z to return to the family home so they can afford to invest in their future career. According to figures from the 2018 Deloitte Millennial Survey, 36% of millennials and 29% of Gen Z don‚Äôt believe they have what it takes to thrive[8]¬Ýin future workplaces where disruption by automation, data and technology will be the new norm.

Unlike the Failure to Launch category, Boomerangs are the young adults who‚Äôve flown the nest, only to return later. Described by Dr. Edgar Lui, multi-generational living expert at UNSW, as ‚Äúunable to sustain independent living‚Äù, these adult children often come back following a spell studying or travelling, when a relationship ends or they‚Äôre between jobs[9]. While Dr Liu acknowledges that not all multi-generational households choose this way of living for financial reasons, it‚Äôs likely that a child who‚Äôs¬Ýpaying their way through uni¬Ý(again), experiencing the¬Ýfinancial fall-out of divorce¬Ýor is¬Ýunemployed, will be struggling with their finances.

Paying their way to financial independence

Although¬Ýsupporting your kids during hard times¬Ýmight be second nature for you as a parent, it‚Äôs very important to foster financial independence in your kids, whether they‚Äôre living with you or not. Children can come to expect handouts from their parents and spend accordingly, even after they‚Äôve struck out on their own. This is one of the reasons why¬Ýjournalist and self-confessed member of the Boomerang club, Natalie Reilly, encourages parents to charge offspring rent and board when they‚Äôre continuing to live with them. ‚ÄúIt boosts independence, financial responsibility and self-esteem,‚Äù saysNatalie. She also hints at how important it is for young people to prepare themselves for the possibility of becoming the main provider in the household one day. ‚ÄúBefore you know it, you‚Äôll have a house of your own with a partner and children and you‚Äôll be wishing you paid a teeny $100 a week,‚Äù she says.

It‚Äôs advice that CERTIFIED FINANCIAL PLANNER¬Æ¬Ýprofessional Jeremy Chiel of Stonehouse Group agrees with. He believes it‚Äôs a step in the right direction to get young people in the habit of budgeting and saving to prepare them for a time when they‚Äôll be paying their own way. ‚ÄúIf you can learn to appreciate the advantages of saving early, you‚Äôre getting in a habit that can help you enjoy a comfortable lifestyle, whether you rent for a lifetime or buy,‚Äùsays Jeremy.

A home of their own?

Jeremy raises an important issue here that‚Äôs close to the hearts of many Australians and their kids. The great Aussie¬Ýdream of living in your own home is still popular, so should children expect to stay with you rent-free so they can save their entire deposit? Or should you¬Ýdip into your super¬Ýor use equity in your own property as security for their first home? This is a very personal choice, of course, but it‚Äôs important to remember young people can often benefit from a spell renting or living in a share house. It‚Äôs an opportunity to build on their budgeting skills before making that big commitment to a mortgage, and gives them the flexibility they might need to go¬Ýwhere the jobs are.

Make it work for everyone

Even if you come to a friendly agreement about finances, even the most harmonious families can expect a few tensions when adults kids stick around. According to Dr. Lui, privacy is considered to be the biggest disadvantage of multi-generational living for all parties involved[10]. So staying aware of each other‚Äôs need for space and boundaries could be an important way for both generations to enjoy co-habiting for longer.

Returning to Natalie Reilly‚Äôs point about raising adult kids to be independent and confident, making sure everyone is doing their bit for the household ‚Äì financially and practically ‚Äì could be a positive for their self-esteem. According to the Australian Unity Wellbeing Index for 2016, younger Australians are among the happiest in the country, with a notable exception. Young adults still living at home report the lowest levels of wellbeing ‚Äì 72, compared with a national average of 76.7[11]. Acknowledging that you‚Äôre all in it together, respecting each other as separate beings, and doing what it takes to prepare kids for a solo flight might just be the answer to a happier household now and a successful future launch for your offspring.

Are your kids staying at home for their uni days or leaving the nest? Get some¬Ýtips for discussing the money lessons¬Ýthat will matter to them as they start their university studies.

[2]¬ÝID,¬ÝAre children staying at home for longer?, 14 July 2017,‚ÄúIn 2016, 70% of 24-year-olds had left the family home to live independently. However, this is also the age bracket where we saw the biggest change between 2011 and 2016, with a 3% differential.‚Äùhttps://blog.id.com.au/2017/population/population-trends/are-children-staying-at-home-for-longer/

[3]¬ÝThe New Daily,¬ÝBoomerang kids and failure-to-launch: The plight of ‚Äògeneration rent‚Äô, Isabelle Lane, 6 July 2018,¬Ý‚ÄúDr Lui said one in five Australian households was multigenerational (generally considered to mean one or more adult offspring living with one or more of their parents).‚Äùhttps://thenewdaily.com.au/money/property/2018/07/06/boomerang-kids-and-failure-to-launch/

[5]¬ÝDomain,¬ÝWhy it‚Äôs important that adult children living at home pay board,¬ÝNatalie Reilly, ‚ÄúThe ABS points to a ‚Äúdelay in a range of life events‚Äù and it‚Äôs true that we are getting married and having children later. And then there‚Äôs university attendance, which has boomed in the last 40 years.‚Äùhttps://www.domain.com.au/living/why-its-important-that-adult-children-living-at-home-pay-board-20170523-gw8nbe/

[7]¬ÝThe Australian,¬ÝBattle for jobs triggers postgraduate surge, 23 October 2017, Tessa Akerman, ‚ÄúCompetition in the job market has pushed Australians into further education like never before, with a 46 per cent jump in the number of people with postgraduate degrees over the past five years and a 123 per cent increase since 2006.‚Äùhttps://www.theaustralian.com.au/higher-education/battle-for-jobs-triggers-postgraduate-surge/news-story/edfa72a58f9fc9283482e7e1fc687be8

[8]¬ÝThe Deloitte Millennial Survey 2018,¬Ý‚ÄúFewer than four in 10 millennials (36 percent) and three in 10 Gen Z currently in work (29 percent) believe they have the skills and knowledge they‚Äôll need to thrive.‚Äùhttps://www2.deloitte.com/global/en/pages/about-deloitte/articles/millennialsurvey.html

[9]¬ÝThe New Daily,¬ÝBoomerang kids and failure-to-launch: The plight of ‚Äògeneration rent‚Äô, Isabelle Lane, 6 July 2018‚ÄúBoomerang kids are the result of an ‚Äúinability to sustain independent living‚Äù for many reasons, Dr Lui said. Reasons include those who return home after relationships break down, to those returning from work, study, or travel overseas.‚Äùhttps://thenewdaily.com.au/money/property/2018/07/06/boomerang-kids-and-failure-to-launch/

[10]¬ÝThe New Daily,¬ÝBoomerang kids and failure-to-launch: The plight of ‚Äògeneration rent‚Äô,Isabelle Lane, 6 July 2018 ‚ÄúDr Lui‚Äôs research found companionship was the most valued aspect of multigenerational living, while a lack of privacy was considered the biggest downside.‚Äù¬Ýhttps://thenewdaily.com.au/money/property/2018/07/06/boomerang-kids-and-failure-to-launch/