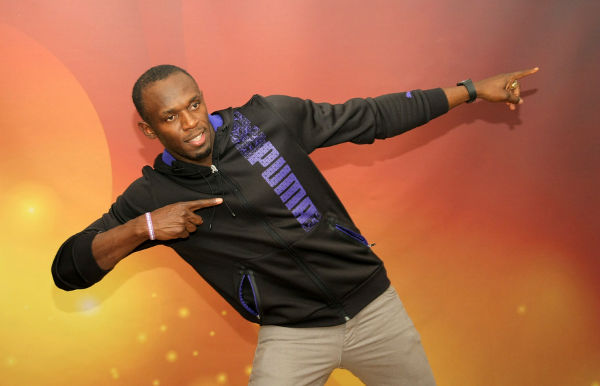 Usain Bolt would call Australia home if he ever had to leave his native Jamaica due to the laid-back attitude Down Under.

The champion sprinter and nine-time Olympic gold medallist made the call on Wednesday while in Melbourne ahead of Oaks Day.

“I always tell people the only other place I’d live in the world is Australia because it’s just like home.”

The star runner is the guest of honour at Oaks Day at Flemington on Thursday but will stay in Australia for two weeks on an extended holiday before returning to Jamaica for training.

“I’ve been getting a few tips, I’m talking to Michelle trying to make sure I don’t lose my money tomorrow,” he said.

Payne was on stage at the VRC Oaks club luncheon on Wednesday and said Bolt inspired her to get back in the saddle after a horror injury.

“Even though you think he’s an unbelievable athlete and looks so natural he has to train really hard as well,” she said.

“It helped me get out off the couch and start training.”

Bolt, interviewed by friend and fellow runner John Steffensen, opened up about his struggles as an athlete.

“A lot of people say ‘You make it look so easy’ and I say ‘Yeah’ but I work so hard behind the scenes’,” he said.

“They don’t see the early mornings and the injuries that I go through.”

Usain Bolt will be a guest at the Crown marquee on Oaks Day.