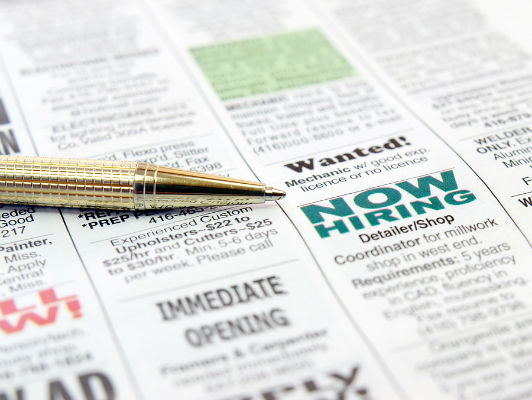 The number of job advertisements has edged back but remains on an upward trend that should be enough to lower the unemployment rate.

After a fall of 0.3 per cent in seasonally adjusted terms, the number of ads counted in September was still up by 3.7 per cent from a year earlier.

The ANZ’s economists estimate the underlying trend is rising by 0.3 per cent a month, slowing from 0.5 per cent in July and 0.4 per cent in August.

The slower growth in September is consistent with signs of slowing momentum in the labour market and surveys of business conditions, ANZ’s head of Australian economics Felicity Emmett said.

“It is also consistent with the RBA’s (Reserve Bank of Australia) business liaison which reported that some firms had taken a more cautious approach towards hiring,” she said ahead of the central bank’s interest rate decision later on Tuesday.

Despite the slower pace of growth in advertising, the increase in recent months points to strong enough jobs growth to lower the unemployment rate gradually, Ms Emmett said.