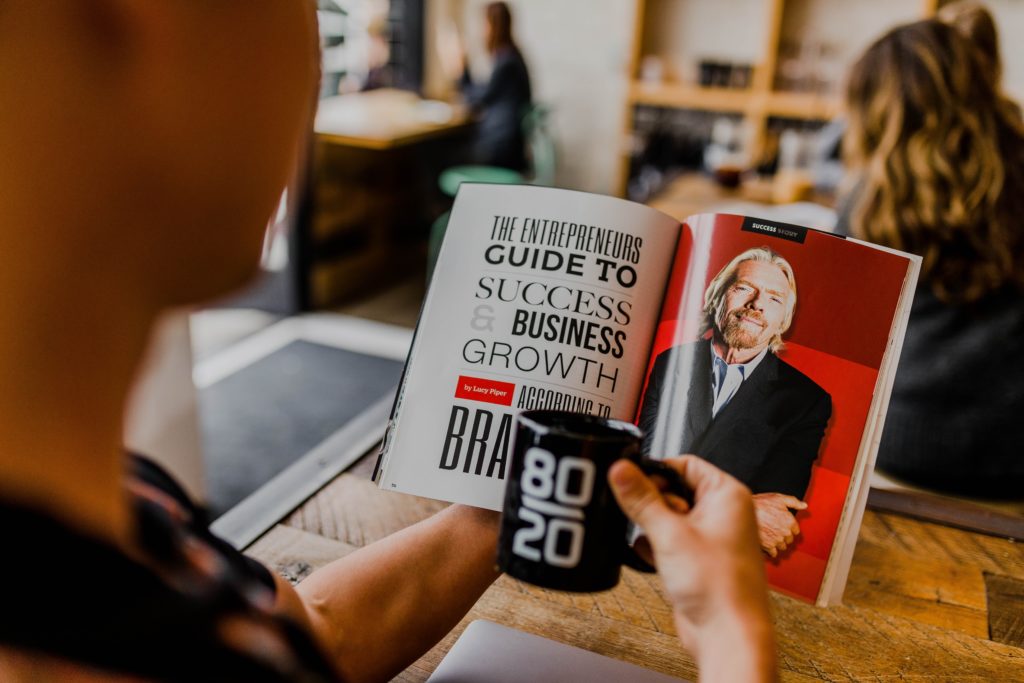 When Insight published an article about measuring corporate culture it certainly prompted debate and became the best-read Insight of 2019. Naturally, not everyone agreed with the argument and in our latest article experts from the University of Amsterdam warn against a strong focus on measurement.

The importance of corporate culture is by now widely recognized, considered and used in explaining organizational success and failure. We need only think of major recent scandals such as the emissions cheating at Volkswagen, misconduct and violence at United States Police Departments such as those in Oakland and Chicago, account fraud at Wells Fargo or revelations about unsafe processes at Boeing.

All these cases reveal how culture matters as structural rule breaking and wrongdoing was rooted in culture. It is no surprise that culture has become a hot topic in corporate boards, compliance departments and for regulatory authorities.

With this focus on corporate culture we are also witnessing the rise of methods aimed at measuring culture such as the¬ÝMIT SMR/Glassdoor Culture 500¬Ýtool and as, for example, discussed in the¬Ýarticle¬Ýby Chesterfield, Gillespie and Reader published earlier in Insight.

What measures is what counts, or so it seems

The quest for measurement of corporate culture exists in a natural science tradition that focuses on data and statistics and that has now also become increasingly dominant in the social and behavioral sciences. However, the measurement focus is highly challenging when it comes to culture.

It is very hard to capture a corporate culture in simple observable or quantifiable metrics. Traditionally culture has been the domain of anthropologists and qualitative sociologists who have over a century of experience in defining what culture is and the methods to capture such culture.

The core understanding of culture in anthropology sees it as a web of shared meanings in a particular community, most clearly developed by¬ÝClifford Geertz. The leading scholar of organizational culture,¬ÝEdgar Schein¬Ýsees culture beyond the observable artifacts or even the values people may share on surveys to also include the hidden assumptions people have that we can only know and understand through deep ethnographic work.

Meanwhile, an interest in culture has developed in the last decade among scholars in organizational psychology and management science, who are looking for metrics that capture culture in quantifiable terms that allow for statistical analysis and clear conclusions on influences on culture.

So we have a clash between this new approach to quantifiable measurement and that of the older specialized body of work in anthropology that sees culture as something that cannot be measured, but only captured through painstaking ethnographic work.

Towards an unobtrusive understanding of culture?

The growing trend to focus on measurement is understandable. Corporate management, shareholders, regulators, all demand a clear and measurable concept of corporate culture. They are looking for easy to understand metrics to capture and predict problems and to help guide the desired change in culture and with it tools to understand where it stands in a desire to control it.

In the Insight article Chesterfield, Gillespie and Reader present such ‚Äútools for the job‚Äù to measure culture. Most interestingly they introduce tools aimed at measuring culture ‚Äúunobtrusively, without ever entering a company‚Äù and considering a number of cultural dimensions.

The use of ‚Äúunobtrusive data to study culture‚Äù sounds very appealing. Wouldn‚Äôt it be great if we can capture the culture of an organization we never need to enter? There are many advantages here. First is one of costs. Doing an ethnography is highly time consuming not just for the researchers, also for the companies under study who must allow strangers in their midst for prolonged periods of time.

Also, the promised external measure of culture would have the advantage that it can capture large organizations as a whole or all of their parts. Ethnography instead covers only as much as the number of ethnographers who can directly come to observe or interview. And, of course, the measurement of culture in numbers allows for calculation and statistical analysis of factors of influence.

The cost of simple metrics

With the current rush to measure culture and to do so in the least intrusive and most cost-efficient way allowing for data analytics, we may forget what gets lost. A corporate culture in its truest sense exists at different levels. At the shallow level we may find what Schein calls the artifacts. These are the observable elements of a culture such as the architecture, the logos, the rules of the organization, the hierarchies and the incentives. These artifacts operate and shape organizational behavior through deeper layers of a corporate culture.

As Schein has argued the deepest level of values in an organization are the hidden assumptions. The values people have they are no longer aware of. It is at this level that we find the deepest roots of a culture. It is here where the culture is stickiest and where it shapes behavior at the deepest level, but also where it is hardest to change.

And then we have not even talked about the other side of culture. This is not so much what people value, but what they do. Here again there may be actions people are aware of and may be questioned about on surveys, but equally, if not more important, are the things they do and see people do while that they no longer notice. Much of what people do becomes automatic and it is here where we find the deepest level of culture.

In light of all this, we can seriously wonder what the measurement of culture using publicly available data, ranging from Glassdoor reviews to annual reports, actually measures. It may capture elements of the cultural artifacts and maybe some values. But it will largely fail to measure the deeper and stronger aspects of a corporate culture‚Äôs hidden assumptions and automatic and accepted behaviors.

As such it is highly questionable that ‚Äúunobtrusive data‚Äù can measure cultural health. A perspective focused on data would stand the risk of losing understanding the underlying values and assumptions of culture as it draws our attention to the visible aspects of culture.

Culture is not a statistical statement that can be discovered as an emerging pattern and that can be generated from a data set.

The other problem with simple measurement of culture is its evaluative quality. The reasons companies and regulatory authorities want to measure culture is not neutral. They want to evaluate whether there are problems in the culture that need to be addressed.

The big question is how can we be sure what a healthy, ethical, safe culture is or when a corporate culture is toxic, unethical and unsafe. The idea of unobtrusive measurement implies that through measurement we automatically evaluate and diagnose culture. The problem is that in the current body of scientifically validated knowledge there is no clear consensus of what in an organizational culture predicts wrongdoing and rule breaking.

But leadership is not the same as an organization or its culture. Studies that look at the overall culture and its effect on misconduct are much rarer and have so far remained an isolated body of work with different concepts and findings that defy easy generalization. This means that measurement, even when it is done, does not automatically lead to diagnosis let alone to ideas on how to treat toxic culture.

In a data-driven era, the appeal of inexpensive and scalable solutions to the puzzle of culture is understandable. The use of data is, however, meaningless when it does not truly capture culture and also when there is no validated way to diagnose negative elements in a culture that require addressing.

Rather than an unobtrusive measure, we propose to take culture and in particular toxic culture, seriously. Corporations with toxic cultures can have devastating impacts within our society. To truly address these corporations requires two different approaches.

The first one is ex-post, after the toxicity has become public and the damage has been done. In most of such cases there will be a scandal and an aftermath where regulators and prosecutors come to take investigative and punitive action. Such action will often focus on punishing the corporation and maybe individuals, but most often do not address the culture that sustained and promoted the damaging behavior.

So here we propose that authorities force corporations to undergo what we call a forensic ethnography, a ‚Äòwho-done-it‚Äô in the culture. Such ethnography requires a large investment and hiring professionally trained ethnographers who also understand the criminological, psychological and sociological processes that can give rise to structural misbehavior in organizations. They should carry out extended participant observation and interviews in different parts of the company to find out what cultural elements at the levels of artifacts, values and practices gave rise to the scandal and that need to be changed.

The second approach is ex-ante and tries to stop toxic cultures to develop long before they result in damages and scandals. This requires a validated risk assessment tool. The first step to develop such a risk assessment tool is through the synthesis of existing toxic culture research that has thus far remained fragmented. This knowledge should then be tested in an analysis of real scandals involving structural misconduct in organizations to see which of the toxic elements found in scientific studies played a role in different types of real cases.

On the basis of that we can validate for each element how certain we are that it plays a role and in what situations it does so mostly. This can then be transformed into a toxic culture risk assessment tool.

Toxic corporate culture defies easy measurement and diagnosis. Of course, we all want to eat our cake and have it. We all want a low cost, unobtrusive way to measure and diagnose organizations we never need to enter. But any measure we develop that way will not measure culture, let alone allow us to evaluate whether the culture is problematic.

To truly address corporate cultures means going much more deeply into corporations and analyze the values and practices as they have become embedded in everyday work. This will require first and foremost up-close methods of investigation. Data and measurement can be used in support or to challenge such methods and its outcomes, but are too thin to base our assessment of culture on.

The views, opinions and positions expressed within this post are those of the authors alone and do not represent those of their organizations.