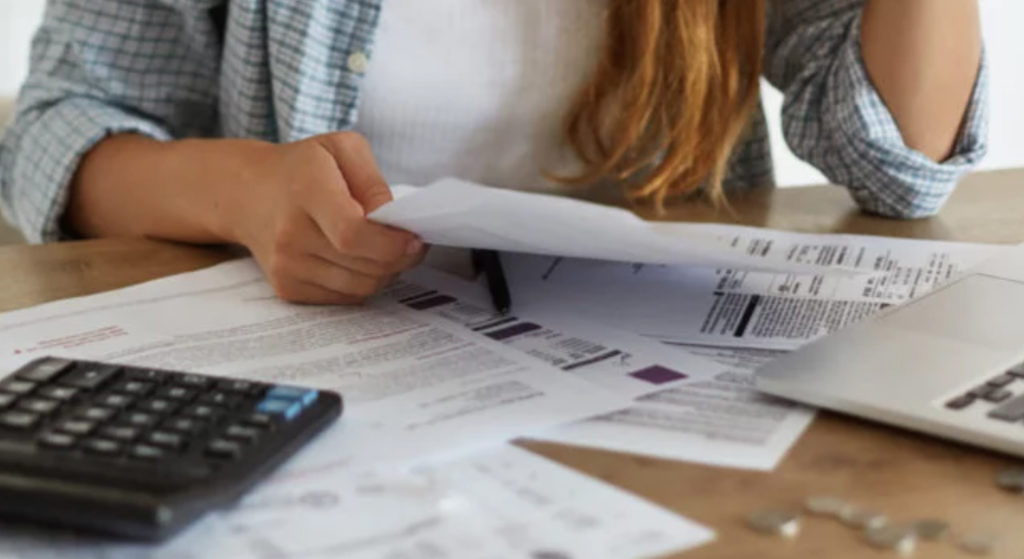 For R U OK?Day, Money & Life explores how financial stress can impact our mental health and what we can be doing to help ourselves, and others, feel more positive about our lives and finances. We speak to R U OK? Community Ambassador Dan Price about his experiences with money and mental health.

Every year since 2009,¬ÝR U OK?Day¬Ýhas been a time when people are encouraged to reach out to others experiencing struggles with mental health. Specifically targeting suicide awareness and prevention, the R U OK? movement has grown over a decade into a high profile community-wide campaign to support people in having open conversations about mental health. In asking someone the question ‚Äòare you OK?‚Äô we create opportunities for people to realise that someone cares and that they‚Äôre not alone in dealing with life‚Äôs challenges and problems.¬Ý

Money as a source of stress

Mental health issues are complex and can occur in anyone and all kinds of circumstances. As R U OK? Community Ambassador Dan Price says, where you are on the mental health spectrum can vary from day to day. ‚ÄúMental health is a balancing act,‚Äù says Dan. ‚ÄúOn any given day you can feel like you‚Äôre doing really well in life or that you‚Äôre not. And even at a time when things are in balance for you, it can take just three nights of broken sleep and suddenly things aren‚Äôt feeling so manageable any more. It‚Äôs good to be able to check in with yourself, and with others, and just acknowledge where you are on that mental health spectrum.‚Äù

Like lack of sleep, how you‚Äôre feeling about your financial situation is something that can tip you towards or away from a sense of mental wellbeing. A conducted by Core Data on behalf of Sydney-based Fintech start-up¬ÝFinancial Mindfulness¬Ýsheds light on just how big a problem money can be for mental health. Their survey of 1,000+ Australians revealed that more than 66% of those suffering financial stress said money worries directly led to feelings of fear, anxiety and/or depression ‚Äì three times higher than people unaffected by financial stress. They‚Äôre eight times more likely to have trouble sleeping and four times more likely to argue with their partner about money.

Off the back of this research Financial Mindfulness have now launched an app that uses a combination of financial literacy, mindfulness, goal-setting and positive reinforcement to help people reduce their stress around money. But even with quality tools and information to draw on, changing your relationship with money is something that can be hard to do on your own. In fact, it‚Äôs often the influence of people around you that can shape your whole perspective on money.

When more money isn‚Äôt the answer

On his journey to becoming a Community Ambassador for R U OK?, Dan has had some fairly extreme experiences with money. ‚ÄúI survived taking my own life in 2014,‚Äù says Dan. ‚ÄúMoney was involved indirectly, but not in the way you might expect. As a young man in my twenties I‚Äôd had a lot of money and success in my life. But what it meant to me wasn‚Äôt healthy. I was working in an environment, influenced by people who acted as though money and what you can buy with it, defines who you are. And for a long time I‚Äôd been so concerned about what people thought of me, so I went along with it. The money I earned and spent become a huge part of who I thought was.‚Äù

Forging a new relationship with money was a very hard won experience for Dan. ‚ÄúFor the longest time I tried to pretend I was OK with it all,‚Äù he says. ‚ÄúI was having fun on some level, but there were some very negative feelings about the values and lifestyle I saw around me that I was trying to deny. But those feelings will always come out in the end and, in my case, they nearly killed me.‚Äù

After a very difficult divorce and suicide attempt, Dan began his long journey towards healing and connecting with his true values and identity. This included parting with many possessions that had seemed essential just a few years before. ‚ÄúSelling those things signified a whole shift in my relationship with money,‚Äù says Dan. ‚ÄúThey had become objects I didn‚Äôt identify with anymore. I had realised I didn‚Äôt want money to control me or have anything to do with what people thought of me.‚Äù

In the last five years Dan has made big changes and has an important purpose in his life, thanks to his new partner and young daughter. While he still doesn‚Äôt like to feel controlled by money, the difference now is that he‚Äôs able to talk about his feelings and concerns so they don‚Äôt become overwhelming.

‚ÄúBefore having our daughter, my partner and I had counselling to help us prepare for the changes we were about to go through,‚Äù says Dan. ‚ÄúI was very aware of my new role as sole breadwinner and really felt the pressure that came with that. It‚Äôs an everyday situation that so many people face, the responsibility for providing for your family and you‚Äôre just expected to get on with it. But from speaking with friends and talking to people as an R U OK? Community Ambassador, I‚Äôve learnt I‚Äôm not the only one who gets stressed about it. But I am one of the lucky ones who‚Äôs had the opportunity to acknowledge and talk about it. If you don‚Äôt, the problem is likely to feel worse or bigger in your mind.‚Äù

Dan has learned first hand how much of a difference sharing and connecting with others can make to mental health. Becoming an R U OK? Community Ambassador has given him the chance to bring the benefit of sharing his story to many groups and individuals in his wider community. ‚ÄúI share my story with kids, corporates, sporting teams,‚Äù says Dan. ‚ÄúI might tell it in a slightly different way for each audience, but the messages are the same. It‚Äôs about recognising the signs in yourself or someone else and then connecting. We can‚Äôt work these things out on our own, we‚Äôre built to communicate and heal together. Sharing and connection and support are the messages I try to get out there. Everybody needs these things, whether it‚Äôs money or relationship problems they‚Äôre facing or some other kind of trauma from their past that‚Äôs making it hard for them to accept who they really are.‚Äù

In 2019, the R U OK? national day of action is on Thursday 12 September.¬Ý If you‚Äôre concerned about someone who may be experiencing struggles with mental health, you can follow these steps to start a conversation:

Asking friends¬Ýand family R U OK? is a great way to check in with them about their financial wellbeing.¬Ý