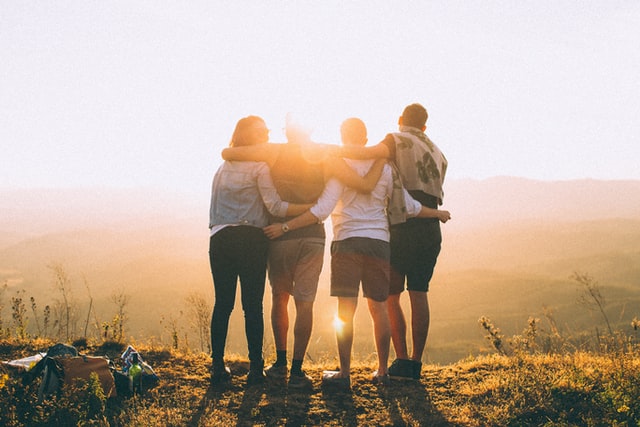 Research released today by Invesco, Invesco Consulting, maslansky + partners and Nest Insight identifies how simple changes to the use of language could help people in their late 30s, 40s and early 50s to engage with pension saving and take action that could make a real difference to their retirement income in later life.

Many people in this age group are too young to have benefited from Defined Benefit pensions, and whilst they’re now likely to be saving for retirement through auto enrolment, this may have only started mid-way through their working lives. This makes them a ‘squeezed generation’ when it comes to retirement saving. Whilst there’s still time to make adjustments and catch up, we also know that those who are automatically enrolled tend to be less aware of what’s going on with their pensions and less likely to take action than those who actively signed up. 46% of those aged 35-54 are unaware of how much income their pension will provide in retirement.

The research found that many common approaches to pension communication are ineffective because they emphasise the barriers people face, rather than helping to overcome them. Three common barriers particularly relevant for this mid-working-life age group were identified:

›         Affordability: 5 in 10 (50%) say they can’t afford to contribute more to their pension right now, and 35% said that they have more pressing financial priorities.

–        Covid-19 continues to have an impact with 33% of people in the group saying it had made them less confident in their ability to plan for the future.

›         Low confidence:  Only 2 in 10 (20%) say they feel they are on track when it comes to planning for retirement. This lack of confidence comes partly from lower levels of knowledge and awareness of the tools and services available:

–        Only 38% were aware of online retirement planning calculators or resources

–        Only 5% said that they’d spoken to a free government pensions advice service or financial advisor.

For many people at this life stage, these barriers combine to create a sense of defeatism that can put them off taking the first step to improving their retirement income. Just over a third (35%) in their late 30s, 40s and early 50s say they feel a sense of defeat when they think about retirement. This feeling can also come with a sense of regret especially amongst the 45-55 age group, that they had not started planning earlier.

“People in their late 30s, 40s and early 50s are at a life stage when retirement is perhaps starting to come into focus. Yet, despite the efforts by pension providers to deliver messages and tools designed to encourage retirement planning, many people in this age group are not engaging with their pension savings.

“Through this research, we’ve explored whether alternative choices of language and message framing might help motivate people to take the first steps towards being in control of their retirement income, and make existing tools and support more effective. Overwhelmingly, we found that communications that meet people where they are, with empathy and reassurance, and make retirement planning feel manageable, can give them the boost they need to engage for the first time.”

“It’s widely recognised that effective communication is one of the largest barriers Defined Contribution (DC) practitioners face in engaging with their members. This study re-emphasises and highlights that the same communication targeted at people within different stages of their retirement planning can quite easily be tilted to become much more effective. The framework and method of communication outlined in this report is one which we strongly believe can be successfully applied to any DC scheme communication in a practical and easy to understand way.”

Using a multi-method approach, including the use of Emotional Response dial technology, this new research looked at people’s retirement planning starting points and the barriers that prevent them from engaging with it. Different words, phrases and communication approaches were then tested to identify which language and framing were most engaging and persuasive, and develop optimised communications.

Three key messages found to be vital part of the solution

–        Over two thirds (68%) feel a good retirement plan should start from your current financial situation and plan forwards.

One concept from the research that proved positive was the notion of a “financial MOT” for people at this stage of their lives. A pensions MOT service is already available but awareness of this as an option appeared low. People liked the idea of a planning checkpoint that’s regular but will not take up too much of their time. For example, a message that suggested people sit down for 30mins once a year was more positively received than suggestions of people sitting down on a “regular basis”. People appeared to value an approach that broke down their problem into bite size pieces, with a message of taking one step at a time rather than solving it all in one go.

When asked before and after reading the messages developed in this research, significant increases were seen in the proportion of people who said they were likely or very likely to take action in the next six months:

“Whilst we know that the actions people say they will take do not always happen in reality, the level of change in people’s stated intentions after seeing the optimised messages was quite striking. These results give us reason to believe that communications using these foundational messages can help drive a positive change in the number of mid-working-life savers planning and preparing for retirement and help more people to achieve financial security in later life.”