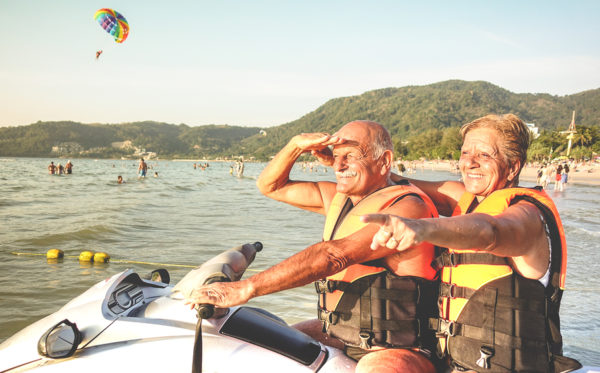 While the majority of older Australians say they feel younger than their age, almost half believe society values them less now than when they were younger, new research shows.

The State of the (Older) Nation 2018 report commissioned by the Council on the Ageing was released on Wednesday, painting a positive picture overall for older people in the country.

The results, based on an online survey of more than 2500 Australians, complemented by in-person sessions, has found 80 per cent of Australians 50 and older feel younger than their age.

The vast majority (78 per cent) rate their quality life as good while 70 per cent feel positive about what the future holds for them.

However, not all of the findings were optimistic, with almost half of older people (46 per cent) feeling less valued by society now than they were when they were younger while nearly half (49 per cent) were living with at least one high vulnerability indicator.

Minister for Senior Australians Ken Wyatt said the report showed there was more to be done help those older people live full lives, as he launched the report at Parliament House.

Mr Wyatt said society needed to value elders more and could learn from the relationships indigenous Australians have with their elders.

“If we could take the modelling indigenous Australians have for their elders and if we could take that intergenerational connection between the young and the old, our society would be a very different place,” he said.

The research also showed a vast majority of older Australians (84 per cent) support legalising euthanasia, prompting calls from COTA state chief executives for governments to take action on the matter.

“The WA Parliament is soon to consider that type of legislation and we call on them to support what is the overwhelming majority of views,” COTA WA chief executive Mark Teale told reporters.

Though older Australians may feel less valued than they used to by others, the report has found that three in four believe they have much to offer society because of their life experiences.

When asked what they were most concerned or worried about at this point of their life, a third of the respondents said health issues.