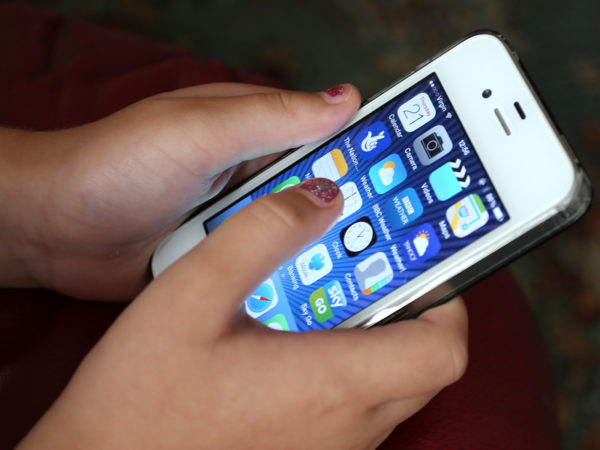 It appears owning a smartphone or tablet is the new normal for Australian children, raising serious health concerns among pediatricians.

The latest Australian Child Health Poll shows one-third of preschoolers and two- thirds of primary school-aged children own such devices and 50 per cent of them are using them unsupervised.

Paediatrician Dr Anthea Rhodes, director of the national poll, says knowing so many very young children are spending too much time on devices is a “worrying” trend.

Dr Rhodes says there is very little evidence to support the idea a smartphone or tablet boosts a toddler’s development.

But there is plenty of evidence linking excessive use to health problems.

One of the poll’s most significant findings, was that almost half of children regularly used screen-based devices at bedtime, with one in four reporting sleep problems as a result.

Two-thirds of families reported family conflict relating to screen time use and 85 per cent of parents admitted using screens to occupy kids in order to get things done.

The poll also identified a link between parents’ screen use and their children’s use of screens.

“Basically, a parent who has high levels of screen use is more likely to have a child with high levels of use. Three quarters of parents of children under six also said they do not put time limits on screen use,” said Dr Rhodes.

Of any age group, teens spend the most amount of time on a screen-based device at home.

They average almost 44 hours of use per week – that’s more time spent for the average full time job.

As a pediatrician at The Royal Children’s Hospital Melbourne, Dr Rhodes increasingly sees the consequences of such excessive screen and media use in children.

She says physical playtime and face-to-face contact is critical for a young child’s brain and body development.

“Every hour a child spends engaged by themselves on a device like that is an hour they’re not doing something like being physically active or having face-to-face play and social interaction.”