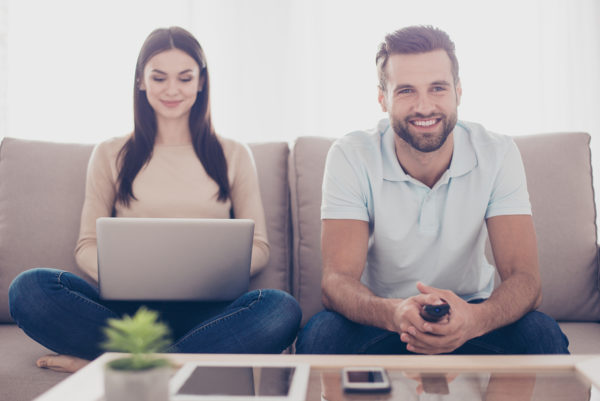 Online shopping has become as popular a pastime as watching television for young people in a new era of “retailtainment”, research from online payments giant PayPal has found.

Two thirds of smartphone users “digitally window shop” for fun, with 77 per cent of them making impulse purchases, PayPal says.

Fifty per cent of people under 35 say they shop on their mobiles in bed before going to sleep.

Shopping as a leisure activity is particularly popular among Gen Z (22 years and under) who rank it equally alongside watching television as a way to unwind, the research found.

PayPal’s findings are based on recent online surveys of about 1,000 smartphone users aged 18 and over, and of about 400 small to medium merchants with online stores.

Augmented reality (AR) allows people to try out merchandise virtually – including seeing what new wheels look like on their own car or superimposing a new pair of glasses on their face.

Ms Herlihy said only five per cent of retailers from the survey are currently offering AR, while 32 per cent said they were developing an offering or planning on developing it for their online store.

“The major cosmetic brands are using AR quite well, ” she said.

“AR allows people to try on make-up virtually so it takes the risk out of buying online so you can see the appeal.”

She said since the introduction of Google glasses and the popularity of AR games such as Pokemon Go!, AR has become more widely accepted as the next phase of online retail.

Australian-owned premium tech and fashion accessories brand STM Goods’ chief executive Ethan Nyholm said there has been a noticeable lift in sales and customers using its app since it introduced technology allowing customers to virtually try on products.

“We attribute this to giving customers the opportunity to explore our products and truly appreciate the thought that goes into their design,” he said.