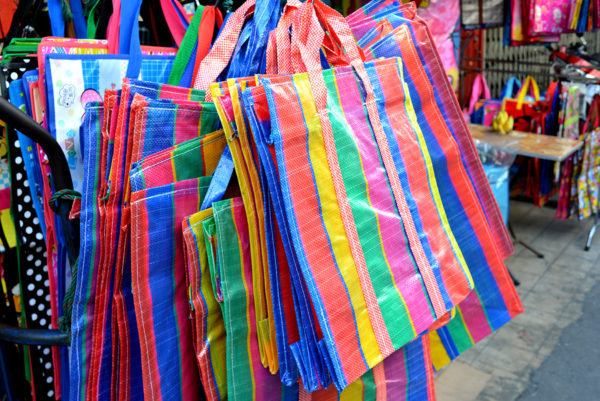 Humans would struggle to survive without plastic, with an expert urging Australians to rethink plans to #BanTheBag.

Sustainable plastics expert Dr John Williams says despite calls to get rid of plastic bags and containers, plastic is not only here to stay – it’s essential to our future.

“We would literally struggle to survive without plastics,” he told AAP.

“The fact that we are not very good at disposing of it shouldn’t stop us from using it.”

An estimated 20,700 tonnes of plastic end up in Australian landfills every year, so Dr Williams wants intelligent plastics that can be recycled, reused or decomposed.

“It’s not acceptable to just bury things in the ground and forget about it,” he says.

“It doesn’t sit well with me to call it waste because all organic waste has the capacity to be reused,” AORA’s Martin Tower told AAP.

“The 19 million tonnes of organic waste generated every year is, surprisingly, among the most dangerous material in our landfills,” Mr Tower said.

“If we managed it as an industrial resource, we could see higher yields, farm profits, healthier crops and reduce the use of harmful fertilisers.”

Mr Tower says councils will need to educate residents on the costs involved with better recycling methods so they don’t get a shock come bill time.

Dr Williams is optimistic consumers will embrace new options. His company is due to begin production on a recyclable, biodegradable and non-toxic plastic, and he says plenty of packaging companies are on board.

“I think change will happen in the next five years,” he said.

Dr Williams and Mr Tower will speak at the Australasian Waste and Recycling Expo, which starts in Melbourne on Wednesday.