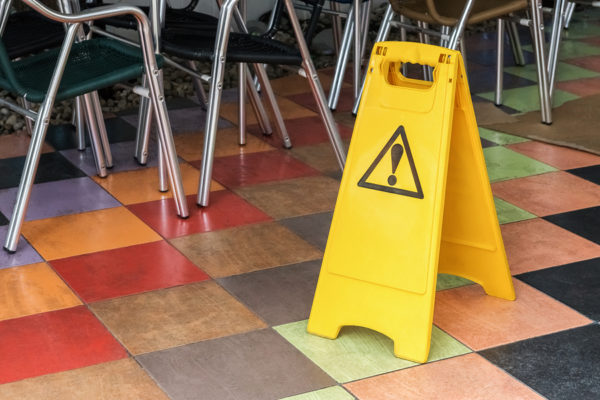 This is a common type of insurance, involving a person or an organisation taking out insurance to protect against a liability they might face from a third party in connection with a business-related activity. The third party typically has suffered some kind of loss, such as physical and/or property damage, and, as a result of this, might try to argue that someone else should compensate them.

This claim would usually be a negligence claim brought against the other party. (Some claims are also covered by contract law or the federalĀ Trade Practices Act 1974.)

To make a public liability claim, the person suing generally has to show that their injury or loss is the fault of the other person or organisation they are suing.

Darren suffers food poisoning after eating a pie at the football. If he wants compensation from the person who sold him the pie, he will have to argue that his injury was their fault. In other words, that he got the food poisoning from eating the pie, and not from any other source.

If the pie seller above is found by the court to have been negligent in serving a dangerous pie, they might order the seller to pay the injured football fan compensation. This could be a large amount. However, if the seller has public liability insurance, they wonāt have to pay the amount themselves; their insurance company will pay. This could save the seller thousands or hundreds of thousands of dollars.

Recently, community concern about rising public liability costs has been raised, with many organisations and individuals complaining about increased costs. This has resulted in the cancellation of some community events because the organisers could not find appropriate public liability insurance at a reasonable price.

As a result, State and Territory governments around Australia have changed the rules relating to claims for negligence. These changes have made it tougher for a person to sue for negligence by:

With public liability insurance there must be a proper balance between compensation for those who have been injured through the negligence of others and the costs to society of asking insurance companies to pay this compensation. Everyone contributes to the costs of insurance. If too many claims for public liability are allowed to succeed, there is a negative effect on society as everyone has to pay more for insurance.

In recent years, there has been a steady increase in the number of public liability claims made on defendants with payouts rising.

From 1997 to 2003 the average size of a settled public liability claim (āsettledā means paid out by an insurance company before the matter went to court) increased from $11,000 to almost $17, 000.