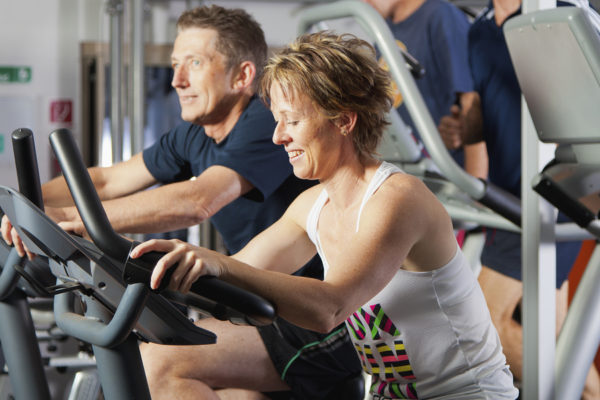 Ban the ballads and turn up the beats next time you exercise to get the most out of your workout, researchers say.

An Italian study has found listening to high-tempo music when exercising increases its benefits while making it seem less strenuous.

Research has previously shown music can distract from fatigue and discomfort, allowing people to get down and boogie all night long.

To find out what tempo worked best, researchers first had a group of women exercise in silence on a treadmill or while doing high-intensity leg presses. Then they had the group do the same exercises again with music.

The participants had their heart rates measured against their perceived effort required to complete their exercises.

“This means that the exercise seemed like less effort, but it was more beneficial in terms of enhancing physical fitness,” Prof Ardigo said.

The effects were greater for endurance exercises – walking or running – than high-intensity exercise such as weightlifting.

Researchers hope the results will lead to a simpler way to entice people off the couch, or at least get their feet tapping.