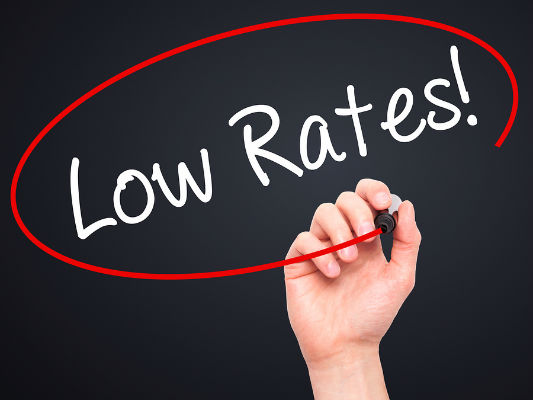 Australia’s recovery marches on with the economy posting its biggest monthly trade surplus on record and skilled vacancies striking their highest level in well over a decade, pointing to a further fall in the jobless rate.

But there is little sign at this stage of the Reserve Bank of Australia changing its view on its interest rate outlook, even as a growing swell of economists believe a cash rate hike could be as early as next year.

The RBA board meets on July 6 and its assistant governor for economics Luci Ellis wasn’t about to announce a change in the central bank’s policy guidance.

“The aim of these policy settings is to support a return to full employment and inflation consistent with the target.”

Since cutting the cash rate to a record low 0.1 per cent last November, the RBA has been adamant that a lift in the rate will not happen until inflation is sustainably within the two to three per cent target.

It does not expect this to occur until 2024 at the earliest.

But Commonwealth Bank head of Australian economics Gareth Aird believes a rate rise will come earlier, saying his bank’s views on the outlook for inflation and wages have differed significantly from the RBA’s view for some time.

“The labour market will tighten quickly and this means wages and inflation will lift, particularly because the supply of labour is constrained,” Mr Aird said.

“Our central scenario has the RBA delivering the first hike in the cash rate in November 2022.”

At that time he expects an increase of 0.15 per cent which would take the cash rate to 0.25 per cent.

Other economists also believe last week’s labour force figures that showed the jobless rate unexpectedly falling to 5.1 per cent and back to its pre-pandemic level was a “game changer” in regard to interest rates.

Job advertising figures suggest the strong recovery in employment from last year’s recession has much further to run.

The National Skills Commission’s final vacancy report for May confirmed earlier preliminary figures that job advertisements on the internet rose by a further 1.9 per cent in May.

This was the 13th consecutive monthly rise to stand at the highest level in 12 years and 46 per cent higher than their pre-pandemic level.

Separate data showed that while the relationship between Australia and China may be rapidly declining, demand from the Asian giant for iron ore continues unabated, even at over $US200 per tonne.

This helped Australia’s merchandise trade surplus to a record $13.3 billion in May, preliminary figures from the Australian Bureau of Statistics showed.

“Iron ore exports continued their strength in May with both value and quantity increasing in the month,” ABS head of international statistics Andrew Tomadini said.