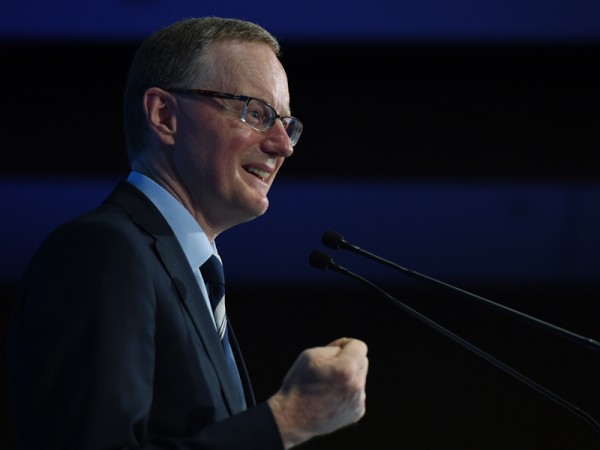 Reserve Bank governor Philip Lowe says Australian business are feeling the “heavy weight of uncertainty”, but should still be optimistic because of the buffers built into the economy.

In a speech in Melbourne on Tuesday, Dr Lowe cited a long list of uncertainties facing businesses, including the Chinese economy, technological change, the local and global political environments, high household debt, and the prospects for the “extraordinary global monetary expansion” that’s held interest rates near zero for long periods in the major economies.

“Understandably, when people feel uncertain, they sometimes feel that it’s best to delay making decisions, especially if those decisions are difficult to reverse,” he said.

“We want to seek out more information before proceeding. We want to wait.”

But despite the uncertainties, we should still be looking ahead with optimism.

“Here in Australia, with our long track record of good economic growth and our demonstrated ability to adjust to a changing world, we have a set of advantages that not all countries have,” Dr Lowe said.

“Our collective challenge is to capitalise on those advantages.”

He cited three key buffers protecting Australia’s economy from shocks – adequate capital and liquidity in the banking system, a sound government budget position, and households typically well ahead with their mortgage payments.

But Dr Lowe issued warnings on two of those three buffers.

“So from a risk-management perspective, there is merit in rebuilding our buffers on the fiscal front,” he said.

At the same time, although he argued for a better balance between recurrent spending and revenue, he made an exception for infrastructure spending, a consistent theme of the RBA since the time of his predecessor, Glenn Stevens.

“Such spending can provide support for the economy and can help generate the productive assets that a prosperous economy needs,” Dr Lowe said.

“Done well, infrastructure spending is not inconsistent with establishing a better balance between recurrent spending and revenue.”

“Given this, as I said recently when explaining our monetary policy decisions, it is unlikely to be in the public interest, given current projections for the economy, to encourage a noticeable rise in household indebtedness, even if doing so might encourage slightly faster consumption growth in the short term,” Dr Lowe said.