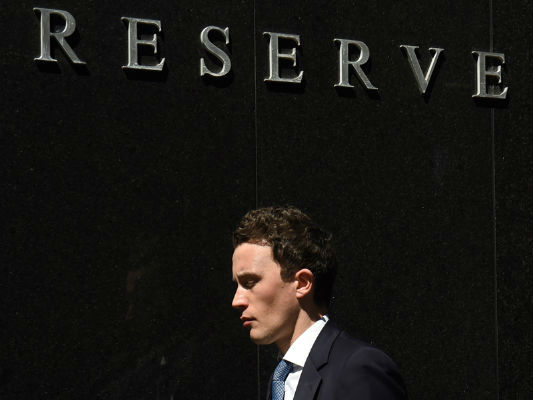 The Reserve Bank of Australia is watching whether tighter lending standards as a result of the financial services royal commission adversely affects the broader economy.

The minutes of the RBA’s October board meeting, when the central bank held the cash rate at a record low 1.5 per cent, showed members were mindful of the fact that any restriction in credit could have implications beyond those intended by the consumer-focused royal commission.

“Members noted that it would be important to monitor the future supply of credit to ensure that economic activity continued to be appropriately supported.”

The royal commission’s impact was also cited within the minutes when board members noted that shares of local banks and insurers had underperformed compared to their global peers during the hearings.

“The RBA has been a reluctant advocate of macro-prudential policy in this cycle, given their institutional history with it in prior decades,” JP Morgan economist Ben K Jarman said.

“If the official measures delivered since 2014 pushed officials to the edge of their comfort zone, it is not surprising to see discomfort at the possibility of further tightening to come through legal channels.”

The royal commission has heard a long list of scandals, with NAB on Tuesday setting aside $314 million for customer remediation programs.

It is the latest big bank to flag a big profit hit due to compensation – many related to issues heard at the royal commission.

Rival ANZ last week outlined $421 million in remediation costs, while Westpac has set aside $235 million and is tipped to ring fence more.

The minutes suggested the cash rate is likely to remain on hold for some time, offering what the minutes called “stability”, before eventually rising.

“Members continued to agree that the next move in the cash rate was more likely to be an increase than a decrease,” the RBA said.

“However, since progress on unemployment and inflation was likely to be gradual, they also agreed there was no strong case for a near-term adjustment in monetary policy.”

The Australian dollar dipped from 71.39 US cents to 71.30 just after the release of the minutes, before swiftly moving back to its pre-release levels.