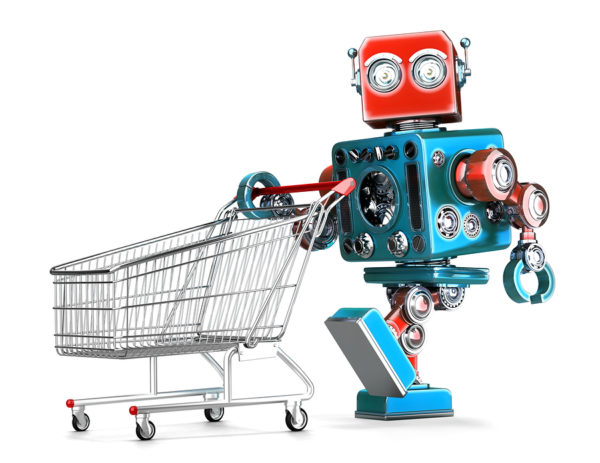 It’s breakfast time, you’re out of milk and a dash to the shops in your trackies is imminent.

Look sharp, though, because soon you could bump into a robot at the store or be photographed in your scruffy early morning garb by a camera hidden on the shelves.

The Shelfie robot – from the Australian division of international technology group Lakeba – is able to monitor stock levels in supermarkets and other stores to deliver real-time data so under- or overstocking issues can be quickly addressed.

“What it means is that, as the retailers grow, they don’t need to employ more staff because the staff become more efficient and much better equipped to handle the customers and actually be more customer-facing,” he told AAP.

The robots have a round base and a 1.8-metre pole fitted with cameras, along with a fixed shelf eye element that involves a network of in-store cameras looking directly at stock and shelves.

The cameras are only active at set times and shoppers caught in the images are blurred out, Mr Younger said.

He said the technology can be applied in the fashion retail industry, taking pictures to ensure merchandise is displayed in the right way.

Large cosmetic companies could also use the Shelfie to help audit the way their stock is presented in stores.

Mr Younger said further Shelfie trials are planned for this quarter in countries including Australia, France and the US.