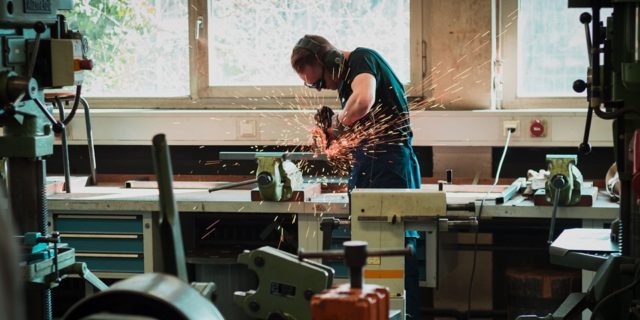 Australia’s manufacturing sector has rebounded sharply from the depths of last year’s recession, but is already being hampered by skills shortages.

“These labour constraints are at levels not seen since September 2007,” Dr Lambie says.

The Australian Chamber-Westpac survey of industrials trends released on Tuesday showed a further improvement in overall manufacturing conditions in the June quarter.

Its actual composite index rose to 63.1 points from 59.4 in the March quarter and 48.7 in the December quarter.

The recovery follows the dramatic fall in the index to 24 points in the June quarter last year that was associated with the initial lockdown and response to the pandemic.

An index firmly above 50 suggests conditions are expanding at a brisk pace, in line with the recovery in the broader economy.

The survey shows output and new orders are rising at the fastest rate since late-2018 and early-2019.

The expected composite index was at 60.6 points, well above its long run average, indicating businesses are optimistic about the outlook.

Profit expectations have been marked lower, despite prospects for strong turnover, as cost pressures mount.

A separate survey of consumer confidence showed the mood among Sydneysiders has deteriorated in response to the COVID-19 lockdown and having seen infections rise rapidly in a matter of days.

However, confidence nationally was fairly flat, offset by the ongoing recovery in Melbourne after its recent restrictions.

But confidence in Sydney dropped 4.6 per cent, and was even worse in regional NSW, down 6.6 per cent.

ANZ senior economist Felicity Emmett said the survey taken at the weekend would not have fully captured the impact of all the various restrictions and lockdowns imposed across states.

Western Australia introduced a four-day lockdown in Perth and the neighbouring Peel regions on Monday night, while Darwin’s snap lockdown was extended to at least Friday.

Queensland added to the roll call, announcing a three-day lockdown for the state’s southeast, Townsville and two islands.

“If case numbers remain high, confidence is likely to deteriorate, but if they come back under control quickly and restrictions look likely to be short-lived, sentiment is likely to rebound.”

The Sydney lockdown is estimated to cost the NSW economy $2 billion.