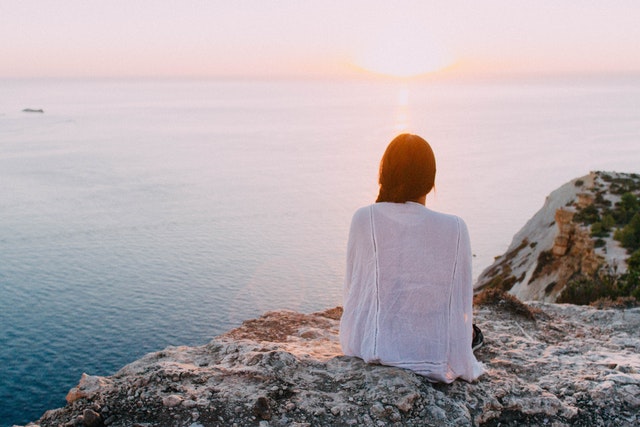 Taking the stigma out of addiction and post-traumatic stress disorder would have saved Baden Hicks two decades of pain and misery.

The 36-year-old Melburnian, now a peer support worker at the Turning Point research and treatment centre, grappled with a drug addiction for 20 years.

Having survived 18 overdoses, he says his drug abuse and trauma were deeply intertwined and if someone had recognised that, he would have received the help he needed sooner.

“I was in a rehab and I just kept having these horrible flashbacks, which were just haunting me,” Mr Hicks said.

“Addiction is always the symptom of an underlying issue, and usually that issue is trauma.”

One in three adults who experience trauma develop a drug or alcohol problem later in life, according to the National Drug and Alcohol Research Centre.

However, there is an average delay in people seeking help of almost two decades because of shame associated with addiction.

Mr Hicks’ PTSD was borne out of experiences including violence in his youth, and compounded by serious car crashes, his overdoses, incarceration and losing access to his daughter.

He spiralled from using marijuana and taking pills to becoming a heavy intravenous methamphetamine and heroin user to deal with these experiences.

Now 17 months into his recovery, Mr Hicks wants governments to do more to help educate people about some of the root causes of addiction, and to spread the word about support that’s available.

“I didn’t realise that, once I dealt with my addictions and I didn’t have the drugs, (PTSD) would have such an effect on me later in life,” Mr Hicks said.

Monday is PTSD Awareness Day, and Turning Point has joined with dozens of other health organisations around the country to run a stigma-tackling campaign called Rethink Addiction.

“One in five Australians will experience an alcohol, drug, or gambling problem at some point in the life, but it’s a dirty, dark secret that nobody wants to talk about,” Turning Point clinical director and Monash University professor Dan Lubman said.

“We don’t see people holistically – we don’t see them as a whole person, we end up focusing on separate issues, even though they’re incredibly interconnected.”

Professor Lubman points to the success of organisations like Beyond Blue in reducing the stigma around mental health, and how people’s knowledge of HIV treatments changed their attitudes towards that crisis.

“Most of the community often sees addiction as a lifelong condition; it’s often seen as something that a person has to blame for,” he said.

But there’s calls for a national campaign aimed at dispelling myths and reducing stigma around addiction.

Prof Lubman said a national campaign, showing how mental health issues and addiction are interconnected and emphasising the success of treatment, would help ensure Australians dealing with addiction are not left behind.