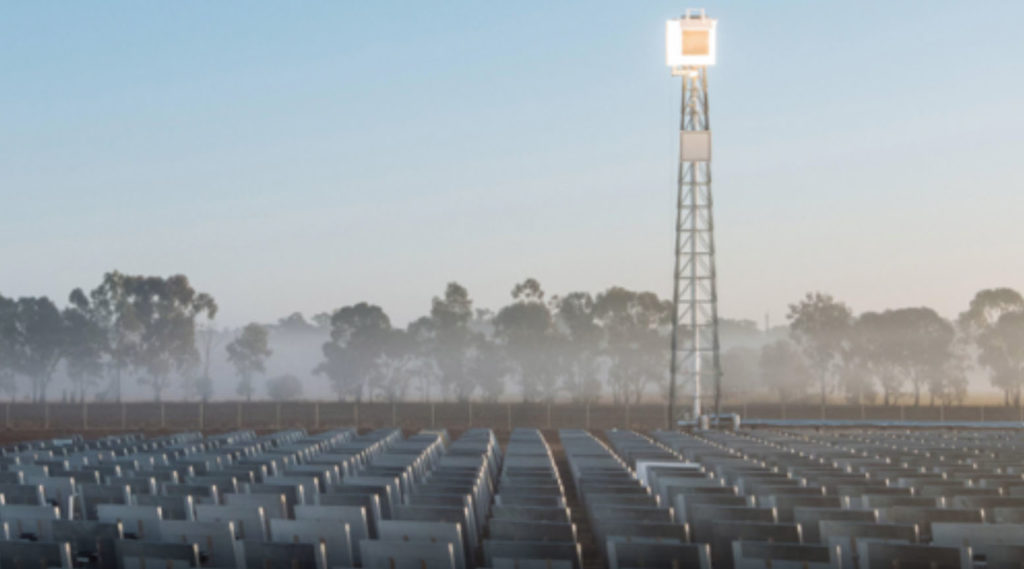 The large-scale thermal storage plant that uses a modular tower system with liquid sodium as the heat transfer fluid to store and dispatch power day or night (putting to rest any concerns over what happens “when the sun isn’t shining or the wind is not blowing”) provides a critical form of solar power.

Vast Solar chief executive Craig Wood said the technology has the potential to transform energy production in sunny regions across the world.

“We are now totally focused on developing our Reference Plant which will prove the technology at commercial scale. From there, we anticipate our technology playing a critical role in energy production in suitable climates around the world, generating clean, reliable energy at low cost,” he explained.

Vast Solar now plans to build a 30MW reference plant as its first commercial plant in Queensland or South Australia.

The pilot plant at Jemalong, which lies west of Orange, will play a key role by facilitating continuous improvements and fine-tuning the technology while showcasing it to international and national stakeholders.

Craig Wood told Smart Energy about the interest that the technology has already generated, and recently visited China to meet up with some of the big players of the industry.

“They are very interested in what we’re up to ahead of attending CSP Focus in Beijing,” the Rhodes scholar said.

Although the company is not about to divulge future costs (“better to under promise and over deliver”) Vast Solar is confident the technology delivers a cost trajectory that will unlock CSP globally.

“We’re really starting to kick some goals,” said Craig Wood who joined Vast Solar in 2015 after working in the finance sector in London, New York, Sydney and Perth.

“We anticipate our technology playing a critical role in energy production in suitable climates around the world, generating clean, reliable energy at low cost.”

Speaking at the recent conference held in South Korea, Robert Pitz-Paal, Chairman of SolarPACES, acknowledged Vast Solar’s highly innovative technology that makes significant steps towards cost competitiveness of CSP saying it was “fully in line with our award criteria”.

“The Company’s work has advanced the industry and we are looking forward to the ongoing development of the business as it takes its technology to the commercial stage.”

More accolades from Dr Luis Crespo, President of Spanish Solar Thermal Electricity Industry Association who declared “The SolarPACES Technical Innovation Award is the most prestigious of its kind in the world and historical winners have gone on to make significant contributions to global energy markets.

“What Vast Solar has achieved through its innovative use of sodium and modular solar arrays is an important step in CSP’s evolution.”