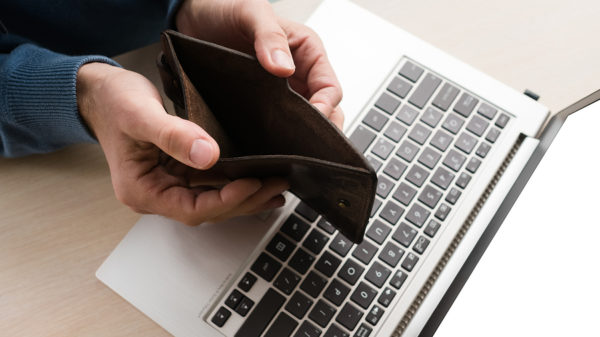 Reserve Bank governor Philip Lowe has given some hope to struggling households, telling a conference a wage growth rate starting with a three rather than two is both “possible and desirable”.

“There are some signs that we are starting to move in this direction but it is likely to be a gradual process,” Dr Lowe told an Australian Industry Group lunch in Melbourne on Wednesday.

Wage growth has been the missing link in Australia’s strengthening economy, presently running at an annual rate of 2.1 per cent and close to a two-decade low.

“It’s reasonable to expect that as the labour market tightens, wages growth will pick up. The laws of supply and demand still work,” Dr Lowe says.

He said National Australia Bank’s monthly business survey shows there has been a sharp rise in the share of firms reporting the availability of labour as a constraint on their activity.

“The only other time in the past 25 years where this has been as high as it is now was in the early stages of the resources boom,” the governor said.

However, Australians appear to have put aside their immediate concerns over weak wage growth and instead cheered the latest strong economic growth figures.

Two surveys of consumer confidence showed positive responses to last week’s national accounts which showed the annual growth rate pounding along at its strongest pace in almost two years at 3.1 per cent.

Such surveys are pointers to future household spending and a potential positive for retailers.

The weekly ANZ-Roy Morgan confidence index jumped 5.6 per cent to its highest level since mid-January, rebounding after a fortnight of falls.

“In the near term, we expect another strong jobs growth print later this week, which should act to consolidate this rise in consumer confidence,” Ms Masters said.

Economists expect around 20,000 people found employment in May after a 22,600 increase in the previous month.

The unemployment rate is expected to remain at 5.6 per cent.

The monthly Westpac-Melbourne Institute consumer sentiment index showed a more modest 0.3 per cent rise for June but marked the best run of outcomes over six months in four years.

When it comes to what news items respondents recalled in the past three months, Mr Hassan said the federal budget made a “big splash” scoring the highest recall rate at 29 per cent and the most favourable assessment since 2009.