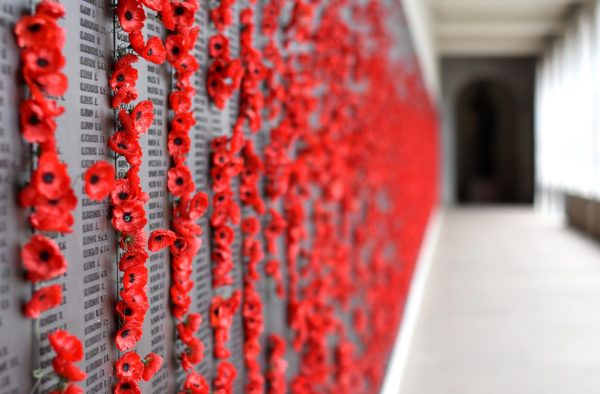 Almost 50 years after coming home from the Vietnam war, veteran Frank Balcombe still struggles to talk about it.

The 71-year-old, who also served in Malaysia, was one of the thousands of men and women marching in Melbourne’s annual Anzac Day march on Wednesday.

“As soon as you step off and you hear the drum beat, the adrenaline in you is unbelievable,” he told AAP at the Shrine of Remembrance.

“It just brings back memories from so many years ago.”

Being recognised is a “big thing” for Mr Balcombe, who said he and his army mates were called “murderers and God knows what” when they came back to Australia.

“We were conscripted into the army, sent overseas and came home and there wasn’t too much for us, and that’s why a lot of people just went to ground,” he said.

“I’ve kept (my experiences) to myself all my life and that’s the way is it. Even my oldest son, he’s 47 and I’ve never told him too much either.”

More than 10,000 people are estimated to have marched along St Kilda Road, led for the first time by contemporary servicewomen and servicemen, including navy recruit Conor Radburn.

It was the 23-year-old’s first Anzac Day march, and his mother Andrea travelled from Tasmania to watch.

“It melts your heart at some point, you know, everyone’s watching,” Mr Radburn, who is set to graduate on Friday, said.

“I’ve wanted to join the Navy my whole life but I never imagined I’d be at this point.”

In previous years, the Anzac Day march was led by descendants of World War I veterans.

“I’ve long held the view … that veterans should be marching first because it’s in their honour we gather,” Victoria’s RSL president Robert Webster said.

But he also noted it was important to keep up with the changing face of Anzac Day.