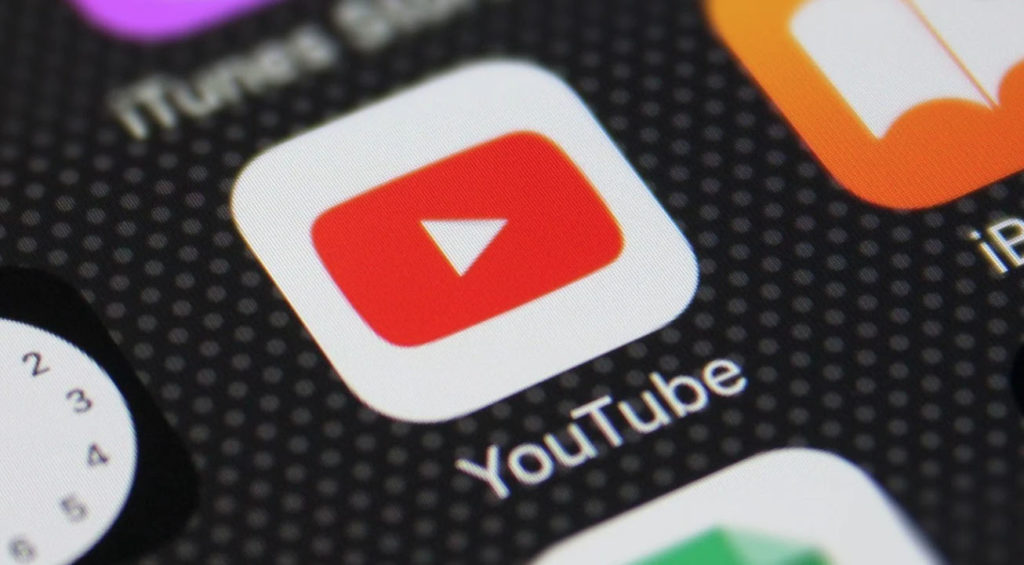 YouTube‚Äôs¬Ý¬Ýhomepage is getting a makeover. The company announced today an updated, cleaner design that does away with information density to instead give more room to the videos and their titles, plus other new features like an ‚ÄúAdd to Queue‚Äù option on the desktop, a desktop version of YouTube‚Äôs stop suggesting feature and more.

The design changes rolling out today are focused on the desktop and tablet versions of YouTube, not the YouTube mobile website or app, the company says.

Google, as of late, has been doing away with tighter, more compact displays of text and imagery in its products, allowing the content itself to have more room to breathe. For example,¬Ýthe makeover of the Google News in Search¬Ýspread out news articles into cards, instead of more compressed groupings of headlines. These sorts of changes benefit readability, but they also mean there‚Äôs less content visible on the page before you have to scroll down.

In the updated design, there are fewer videos per row as YouTube is allowing for longer video titles and larger video thumbnails, which makes it easier to see what the video is about.

It‚Äôs also adding higher-resolution previews and is giving more space to the channel icons beneath each video, so you can quickly identify those from your favorite creators.

These changes will impact the homepage‚Äôs layout, to some extent.

YouTube says it‚Äôs removing some of the content shelves ‚Äî those areas where it organizes videos by channels and topics. The new homepage will still show some of these same videos, but they won‚Äôt be grouped into these shelves anymore. Instead, YouTube‚Äôs new design shows videos in shelves like Breaking News and Top News, when it makes sense.

Meanwhile, YouTube is bringing its ‚ÄúAdd to queue‚Äù option to the desktop. Now, you‚Äôll be able to click on a button on the video thumbnail to either add the video to your Watch Later list, as you can today, or now, to your queue.

You also can do this while still watching a video that‚Äôs been minimized to the corner of the page.

Queues are a useful way of quickly building out a playlist on the fly, but they aren‚Äôt meant to take the place of a proper playlist ‚Äî that is, they‚Äôre not meant to be saved for later viewing once the queue is complete. YouTube says its desktop queue clears when you close your browser. That means if you want to save videos for viewing across devices, you‚Äôll still want to use the ‚ÄúWatch Later‚Äù button as before.

Another new feature is one that‚Äôs making the jump from mobile to desktop.

Earlier this year,¬ÝYouTube rolled out a series of changes¬Ýthat allowed users to gain more control over what videos were appearing on their homepage and in their Up Next suggestions, which is powered by algorithms. It introduced a ‚Äústop suggesting‚Äù feature in the form of a button that would allow you to stop being shown videos from a particular channel.

Now that same ‚ÄúDon‚Äôt recommend channel‚Äù option will be available on the desktop.

You‚Äôll find it on the three-dot menu next to a video on the homepage. Once clicked, that channel‚Äôs videos won‚Äôt hit your YouTube homepage again. However, this is not a full ‚Äúblock‚Äù button ‚Äî the videos can still come up in search, the Trending tab or if you visit the channel directly.

Also earlier this year, the YouTube Android app was updated with a new feature that allowed users to select their favorite topics and customize their Home feed with related videos.

This same feature will make its way to desktop and tablets in the near future, but wasn‚Äôt ready for today‚Äôs launch.

All the changes today are a big boost for readability and usability, though for some creators they also may be a double-edged sword. On the one hand, creators‚Äô videos are being given more real estate on the homepage and their own branding is larger. But on the other, the decreased homepage density means there are fewer spots available to showcase videos before viewers have to scroll down.

The latter changes focused on allowing users more direct input into which videos are shown to them arrive at a time when YouTube has come under pressure,¬Ýalong with other social media companies, for helping to spread hate speech and disinformation by way of algorithms that continually adapt to display more of what people want, no matter how terrible.

To what extent YouTube is culpable is being heavily debated. Contrary to¬Ýearlier reports, one newer study indicated that it‚Äôs¬Ýnot so much the algorithm that radicalizes people, but rather the active communities they find online. But it‚Äôs a complex issue. And those who have extricated themselves from dark YouTube rabbit holes point to a variety of factors that led them astray ‚Äî feeling of isolation, depression and not knowing one‚Äôs place in the world, for example, combined with video recommendations that invite them deeper into ever more extremist online communities.

YouTube‚Äôs response has so far been to¬Ýstand by free speech (at least to some extent),¬Ýwhile also giving users more tools to make decisions for themselves ‚Äî like the changes mentioned above.

This sentiment of ‚Äúif you don‚Äôt like it, just don‚Äôt watch it‚Äù (now by way of an algorithm-override button) isn‚Äôt unique to YouTube. These days, it‚Äôs common to see people respond to others who are getting angry on Facebook threads by telling them to ‚Äújust keep scrolling.‚Äù In other words, there‚Äôs a growing sense that people will have to take personal responsibility to navigate today‚Äôs web, as filled as it is with things that a large majority don‚Äôt want to see.

YouTube says its updated design will begin rolling out today across desktops and YouTube apps on Android and iOS tablets, and will reach everyone soon.